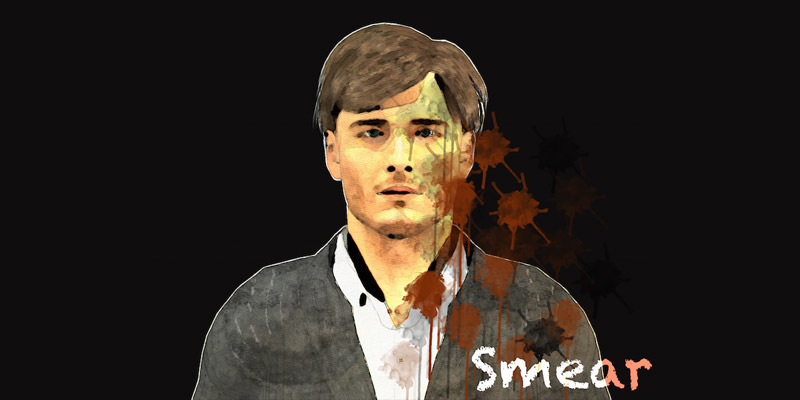 At some point in the future, near or far, you may very well see my name associated with all manner of terrible things. Perhaps (who can say) it will be reported that I am a sexual deviant of some sort—a pedophile, perhaps, who rapes children in the night. Or, maybe I’ll be a secret Stalinist, dreaming of the day when I can send you and your loved ones to Siberian FEMA death camps.

Or, hell, maybe, I’ll be a cannibal, and in my secret underground lair I serve up librarians and Sunday school teachers with fava beans and a nice chianti.

I’m none of these things, of course. I am not a pedophile, or a totalitarian, or a blood drinking/baby eating lizard man in a rubber human-suit.

But, rest assured, or so I foretell and prophesize, you may in time hear all these things and worse.

However, and here’s the rub, eventually, they’ll say much the same thing about you.

Allow me to explain.

I live in a pleasant city in the American southwest. I quite like the place. It isn’t a fashionable city like Santa Fe or Aspen. But, just the same, it has its charms, and I am happy here.

Now, the problem is that we have a mayor who is on the Right, and his policies have (or so I believe) done real damage to our economy. He has committed millions of dollars to useless programs while being dreadfully austere in situations where government spending would genuinely help.

The good news is that his term is almost over, and we have several promising candidates lining up to take his place. Among these is a man named Tim Keller, who is currently the State Auditor. In that role, he’s been the bane of our (Republican) city and state governments. He keeps finding money, you see, that wasn’t supposed to be there…or that somehow had gone missing.

Now, I happen to support Mr. Keller. I think he’s the best candidate for the job. But that’s not why I’m writing this story. I’m writing it because of what’s happened in the last few days. You see, Keller is currently the front-runner in the primary. And, just as that became clear to the public and the media, a curious thing happened.

To wit, we’ve seen very sophisticated advertisements on TV, on billboards, and in other media that claim Keller has actively supported the rights of pedophiles over those of children. Specific details in the ads are always a bit vague, but the emotional content of the message is quite clear. On one of the billboards I’ve seen, for instance, there is a photo of a gigantic man with his hand over the mouth of a little girl. Keller’s name looms over the image in huge text, as though he were himself the man gagging the child.

All of which is nonsense. I researched the story and found it was very different from what was suggested on the sign. It turned out that long ago and far away, when Keller was in the state legislature, he’d opposed a law about where and how convicted sex offenders could live. Bluntly, the law had been badly written. If it had been passed, it would have died in the state supreme court, if not before, and the state would have been out rather a lot of money in legal fees. Then, the legislature would have had to rewrite the law anyway.

So, Keller opposed it, and, further, played a role in drafting the legislation that eventually did become law.

Which is why it was that mere hours of the ads starting to run, pretty much every major state organization that advocates for victims of sexual violence had publically announced their support for Keller, and, with equal fervor, denounced the ad campaign against him. 1

None of which seems to matter to the (rather mysterious) groups and individuals who have ponied up the very large sums of money required for those attack ads. For them, only one thing seems to be important—to keep a Democrat out of office, and particularly one who has a history of finding waste and mismanagement within Republican administrations.

My point? It is this: we are seeing a pattern. The smear has become the weapon of choice for the Right—or, maybe, pseudo-Right is the better word, because the traditional Right valued the Truth.

Not so the partisans of this new, false-Right, for whom only winning has value, and for whom honor has no meaning.

Thus, they smear. When they have no reasonable argument to make, or no better candidate to offer, they smear. They engage in character assassination. They perfect their ad hominem attacks. They twist facts and shade half-truths. They swiftboat and slime. They Willy Horton and defame. They ask, “Where’s the Birth Certificate?” and hint darkly about Bengasi.

And they do it all with joy…which should surprise no one. Psychologists assure us that a common trait of morbid Narcissists and Psychopaths is that they love it…they love the politics of personal destruction, no matter how far from the truth, or personal dignity, or common decency they must go.

What has this all to do with me? And with you?

Well, I am a small man…both physically and in the world. Few people know my name. Fewer still read my articles and postings.

But I have publically said that I support some moderate degree of governmental regulation of big corporations. I have said that I dislike the Trump administration, and that I fear the vastly powerful and obscenely wealthy individuals who stand behind it. I have said that I oppose the abuse of minorities and the undocumented.

Which makes me, in my small way, offensive to certain powers that be. Not dangerous to them…of course. I’m too trivial for that. But offensive.

And such is their cruelty and malice that I would not be surprised that even I, someday, came to their attention…and became their target.

Take your pick. All that matters is that it will be degrading.

Your task will be not to believe them. Your task will be to ignore the distortions and outright lies. You must hold firm to our common liberal and moderate faith. You must not allow yourself to credit the insults, the slanders, the oh-so-clever but oh-so-damning innuendos….

You wouldn’t be reading this if you weren’t either a Liberal or a Leftish or a real (as opposed to fake) Conservative who now confronts the horror that is Trump and his Plutocracy.

Which means, you’re a target, too.

Or to put it another way, you have now a greater task, a greater calling…

Because it may be, all too soon, that the whispers will begin…about you.

Thus the hardest thing of all—to hear those dreadful things about yourself and yet not hear them. To believe, in spite of everything they say, that you are the hero of this tale.

And know that in the end, however long it takes, you will triumph. You will, after everything, gain the happy ending. You, in spite of all the slurs and slanders, will receive the liberty, the freedom, and the honor that are the rightful recompense…