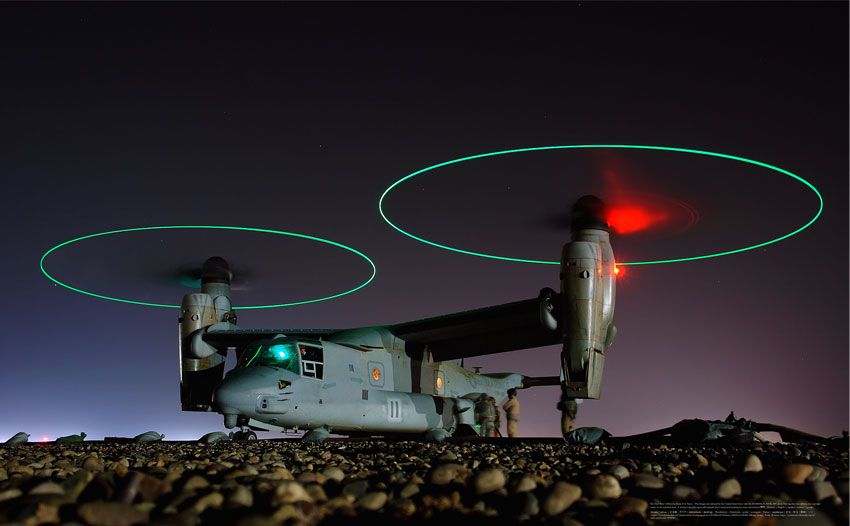 I write this, in my head, as I walk my dog in the park not far from my house. It is a pleasant afternoon. December is quite nice in the area in which I live. Winter only really starts here in January. So, at the moment, it is lovely, crisp day, not yet really cold.

I hear a sound.

I look up. It is coming from above me. It is rhythmic thumping, for lack of a better. I recognize it after a moment and few minutes see the aircraft I expect. It is an Osprey, a “tilt-rotor” military aircraft. There are three or so, I know, at the base to the south of the city.

I watch with interest as it crosses the sky. It is a remarkable machine. In normal flight, it behaves like an ordinary airplane. But, during take off and landing, the two huge engines rotate up and it performs like a helicopter. Thus, it can fly into a hostile area, insert or extract soldiers and supplies without need of a runway, and then fly away again.

The Osprey was, I understand, no small engineering achievement. I know people in the industry who tell me it was a nightmare to develop. Planes want to be planes. Helicopters want to be helicopters. Hybrids don’t come easy, and there were several disastrous crashes before they got the problems worked out.

So, I admire the engineers and designers who fought long and hard to make the Osprey work—just as I admire the men and women who serve in them, and who risk their lives for their country on battlegrounds around the world. The pilots and the crews, the service people who drop into battle. I respect, I wish them well, and I would thank them if I could.

The aircraft passes overhead and disappears in the direction of the mountains. I wonder where it is going.

And it suddenly strikes me that something is new, and disturbing. At one time, I looked at the Ospreys as they went on their mysterious errands with nothing but faint pleasure, and with respect for the men and women within them.

Lately, I’ve wondered, with the government which is now in power…with all its hateful rhetoric and its oh, so obvious eagerness to use force against its critics…

I’ve worried. Could there come a day when that machine and others like it, and the military personnel within them, would be a threat? Might be used against me? And those that I love? Simply because we believe or behave differently?

It is a terrifying thought. And I hate it.

But, even more, I detest the Administration which made me think it…which made me wonder if, someday, the men and women I respect so very much, would be forced to be my enemies…

And I will never forgive them…that man in the White House, the creatures who put him there…

For making me fear, if only for a moment…