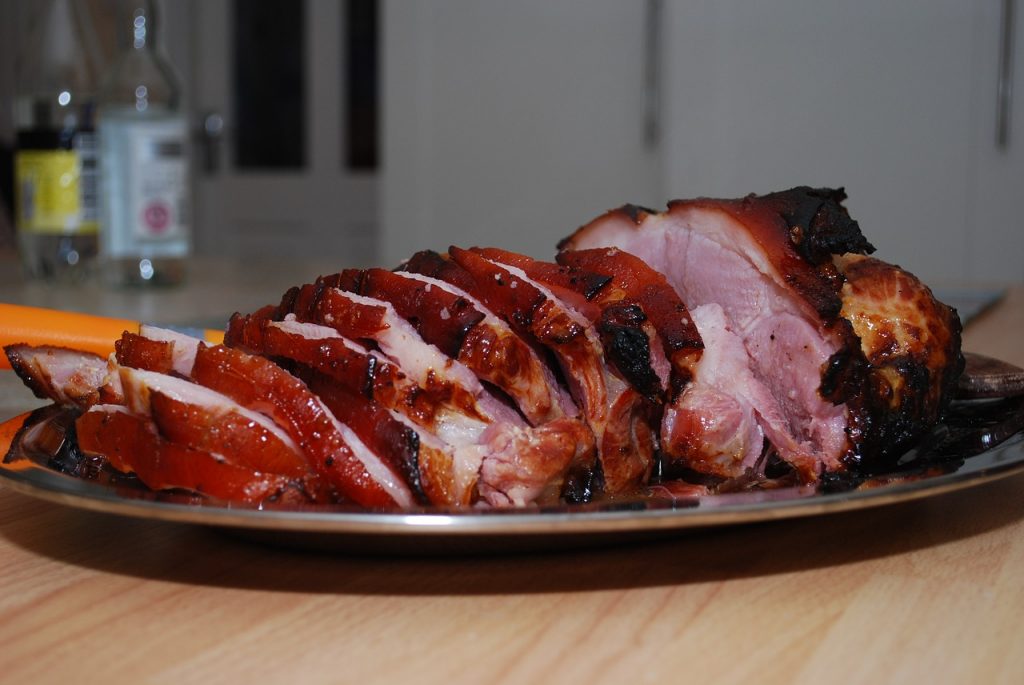 Regular readers of my column (all three of them) will notice I’ve been absent from the site, lately. This was due to taking a long road trip around the highlands of Scotland. It’s been two weeks and, in case you can’t tell, I’m back.

Unfortunately, due to the rollercoaster pace of news these days, two weeks is an eternity. Trying to catch up on current events makes me feel a level of confusion somewhere between Buck Rogers and a defrosted neanderthal. 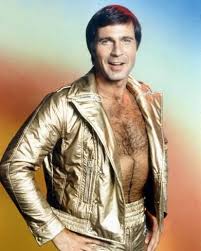 One of those things is pictured here, although I’ll be damned if I can tell which…

Of particular frustration to me was that I missed the hubbub around the White House Correspondents’ Dinner. Whilst Trump, predictably, hid away from the event like the coward he is, much controversy was stirred up by comedian Michelle Wolf with some jokes at the expense of Sarah Huckabee Sanders.

To be clear, Michelle Wolf called Huckabee Sanders a liar and talked about her eye makeup. She also compared her to a high school gym teacher and to Aunt Lydia, the sadistic matron in “The Handmaid’s Tale.” Immediately, Republicans feigned outrage with cries of “How dare Michelle Wolf make fun of Sarah Huckabee Sanders’ looks?!”

She didn’t, of course. But that didn’t stop right wingers who didn’t bother to watch the Correspondents’ Dinner from hilariously wading into the debate. “It’s not cool to make fun of Sarah Sanders’ hideous, lopsided face!” they spluttered. Which, again, Michelle Wolf didn’t. The only people implying Sarah Huckabee Sanders is fat and ugly were the people “defending” her.

Oh, and me. I totally insult Sarah Huckabee Sanders’ appearance all the time, because I’m a much lazier writer than Michelle Wolf and not as nice a person. This meant that while I was on vacation, there was a god damned bonanza of jokes about SHS’s appearance and I didn’t get to partake. Not to be a hatred hipster, but I was mocking her for having a face like a bovine stroke victim before it was controversial. I’ve always said she’s what would have happened if Sly Stallone played Mrs. Doubtfire, but did I get international headlines?! No. Now, every time I refer to her as a “goggle eyed spokes-ham” I look derivative.

Fortunately, I arrived home from my trip to find that here in the UK, a whole new row was breaking out over the pork-like appearance of people I can’t stand.  In recent days, a controversy over the word “gammon” has reached critical mass.

For American readers, “gammon” is a specific term for a cured ham hock. It’s often cured in a slightly different manner to ham, and in the UK “ham” tends to refer to thinly sliced pig leg. In the US the term “ham” has come to refer to any sort of pig leg, and so the difference is lost. If it helps, here’s a quick picture of a gammon: 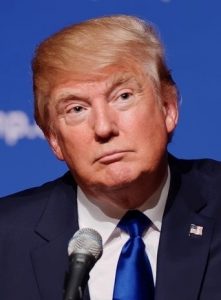 …Well, shit, wait a minute! That wasn’t a joint of meat, that was the incumbent President of the United States! And there, of course, is where the insult “gammon” comes in. It’s become a term for the exact sort of fat, flushed, aging white guy that Trump epitomises. The sort of person who hates change and foreigners and adores golf and the glories of wars they never served in. The sort of florid blowhard who is the visual epitome of maximum blood pressure through minimum exercise.

Of course, much as Republicans pretended to be incensed by the treatment of Sarah Huckabee Sanders (but remained oddly silent about one of their own insulting a war veteran with brain cancer), so those who are referred to as “gammon” have attempted to say its a racist or bigoted term. It is, after all, a term that deals with skin colour and, to a lesser extent, age. The fact that “overweight and pink cheeked” isn’t a race but a lifestyle choice is too obvious to dwell on.

It’s one of the more ridiculous ploys usually deployed by the right wing – feigned moral outrage. They don’t care for a second about offensive language, unless they’re the ones who are subjected to it, and then they pretend to have hurt feelings.

Maybe they’re doing that in (sort of) good faith – maybe they assume that when the left gets upset about racist or sexist terminology, we’re just point scoring. Maybe they don’t understand that we’re actually, genuinely angry about it and so they assume that “being offended” is just a game. One that the get to play when someone uses words like “cracker” or, now, “gammon.”

That’s about the most charitable reading of these situations I can find. Otherwise, the truth is that these people know full well that real racism is far worse than any insulting term used against them, and don’t care. They’d rather make a mockery of a real issue than allow themselves to be mocked. Because nobody can be as thin skinned as right wingers often pretend to be, even while they accuse the left of being “snowflakes.”

To be clear, fat white men over the age of fifty run the world. Badly. The worst that they have to put up with as a result is to be compared to a joint of ham by people on the internet.

They aren’t systemically paid less, like women. They aren’t disproportionately targeted (and sometimes casually shot) by the police, like people of colour. They’ve never been ignored by the government and left to die of a deadly epidemic like gay people were in the eighties.

The worst these fat white assholes have ever had to deal with is the occasional unkind name thrown at them. Most people in genuinely oppressed groups would probably take the mean names they already get called with good grace if they could do as well out of the system as fat old white men. Sadly, that’s not an option on the table right now. Because most of the tables are full of fucking gammon. 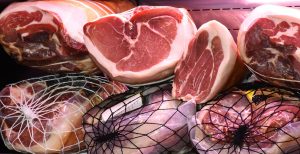 Luke Haines is a British writer who has now written the word “gammon” so many times it’s beginning to lose all meaning. Follow him on Twitter @lukedoughaines