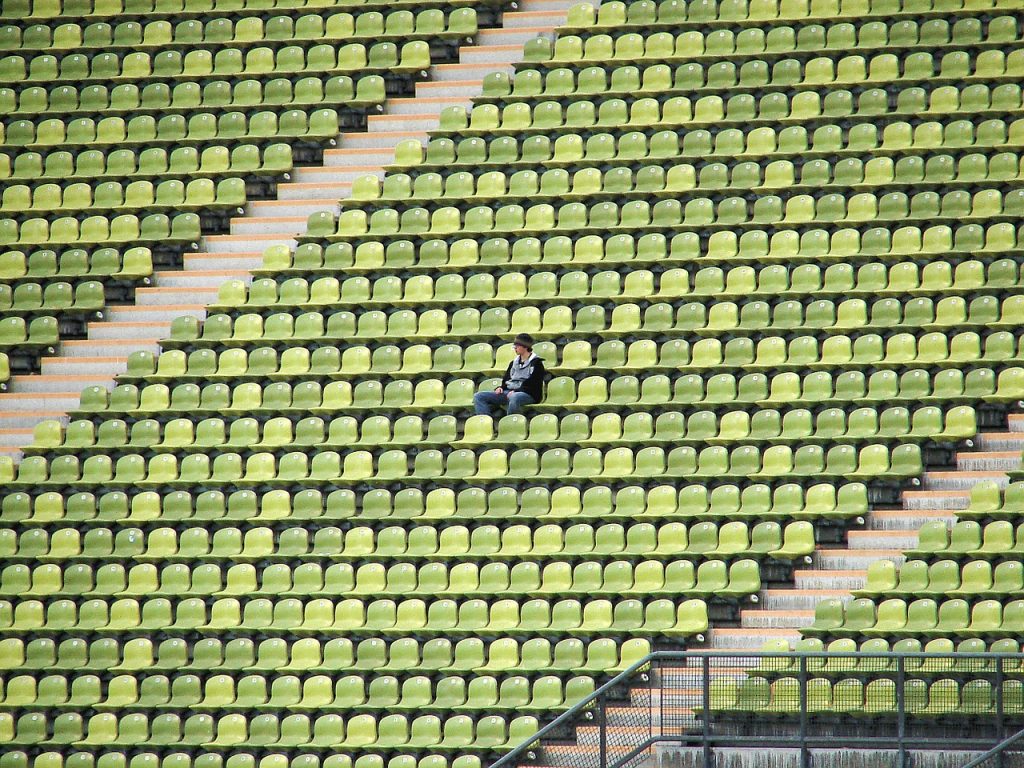 It’s all very well for us members of the Liberal Media to sit here on our high horses, stabled as they are in our ivory towers, built atop the moral high ground. Sure, we’re all fancy, highfalutin’ things like “not card-carrying racists” and “on the right side of history,”, but what do we actually do?!

Aside from charity work and demonstrations and grass roots activism and all that stuff.

In the spirit of proving that we’re not all talk, I’m announcing a new charity initiative: Find Elon Musk A Friend.

This isn’t something you can donate to, you understand. Anyone donating money to a cause that benefits a billionaire would be some sort of blithering simpleton…

Rather, we’re looking to find a volunteer to just hang out with Elon because, quite clearly, he needs it.

Beginnings of a Musk.

Elon Musk grew up in South Africa as a rich white kid. Statistically, this meant that about 75% of the country already had a solid grudge against Elon. This isn’t to say Musk is a racist per se – just that he grew up benefitting from a system that was rigged in his favour by curtailing the rights of black people, just like that other tabloid staple, “all existing white people.”

Still, racial divisions wouldn’t have affected Musk – his family was far too obscenely wealthy. He has talked of bringing pockets full of emeralds to school and the family safe being too full of money to close.

Important: Applicants to be Elon’s new friend must be impressed by obnoxious wealth.

Again: If Musk were likeable, we wouldn’t be trying to crowd-source him a friend, but surely his youthful unlikeability has waned over time?

When Elon got older, his father sent him out to make it on his own. It’s a cute thing rich people do to their kids, where they pretend that they won’t bail them out of any trouble they get into with the family checkbook, thus teaching the kids to “stand on their own two feet” and “pull themselves up by their bootstraps,” and all the while ridding the family home of the offspring that they themselves are pathologically incapable of loving or nurturing.

Nonetheless, Elon went out into the world with just the expensive clothes he was wearing, and had to rely on nothing but his wits and the assistance of years of expensive schooling, excellent healthcare and intimate contact with a laundry list of billionaires and industrialists that his background provided.

This lesson about standing on your own two (wealthy) feet clearly stuck with Elon, as in later life he resisted all attempts by his less-well-shod workers to unionise.

Elon’s new friend should not be poor or some sort of communist pinko agitator.

He eventually started PayPal, a story which I tried to read up on and failed, as I kept getting distracted by some paint that was drying on a nearby fencepost. If you want to read the story of the financial wranglings and tech industry tittle-tattle that lead to PayPal being founded, the Eulenspiegel Society is based in New York City and they’ll be happy to cause you commensurate pain in a more fun way.

The takeaway from Elon’s founding of PayPal – which allegedly saw him once work a forty-eight hour shift to make sure a program ran correctly – is that Musk is probably a terrible conversationalist. If someone bragging to you that when they were a kid, their family had too much money to get the safe closed sounds insufferable to you, you’d be right. Now imagine if that same person had no stories from their twenties that weren’t about programming or internet finance. The successful candidate for being Elon’s new friend will have to be able to at least feign interest in this kind of subject matter, probably for a long time.

When PayPal emerged triumphant from the early 2000s e-currency wars (remember Beenz? Me neither…) Musk became a billionaire in his own right, and set about a series of Herculean tasks. He decided to solve L.A. traffic, put a man on Mars, bring back the electric car and most ambitiously of all, make people like him.

He’s been doing surprisingly well at the first three.

Whilst Tesla, Musk’s flagship electric car company, has been consistently behind on orders to the tune of thousands, it’s still somehow considered a “cool” brand by the public at large. Musk’s rocket company, SpaceX, has made successful launches of rockets and even successfully put a Tesla car in space. Determined to reduce traffic, Musk founded The Boring Company to dig a new underground tunnel network in California.

Successful applicants to be Elon’s new friend will have to think puns at the level of The Boring Company are funny. Or at least pretend to.

Unfortunately, whilst ecologically important work like bringing back electric cars and objectively exciting ideas like a Martian space colony may have earned Elon a lot of fans, he’s still the same awkward, unlikeable kid inside that he always was. No matter how cool he looked on the surface, he couldn’t hide the raging douchebag within.

Perhaps the best example of this was the 2018 Thai cave rescue, in which a junior football team became trapped in an underground cave network in Thailand, with the water slowly rising due to floods and no chance of escape.

An international team of rescuers and cave divers began working around the clock to rescue the boys before it was too late, an effort which claimed the life of a Thai Navy SEAL and was ultimately a miraculous success. Unfortunately, desperate for cool points, Elon Musk decided to butt into the situation and build a small, child-sized submarine with which to ferry the boys out.

Vern Unsworth, one of the cave divers who worked on the rescue, was particularly scathing about this idea – pointing out that rigid metal tubes aren’t ideal for navigating tight, twisting underground passages – and Musk reacted by accusing said diver of being a pedophile.

In essence, Musk had wanted people to be impressed with his expensive toy, and when someone wasn’t, he lashed out and landed himself in trouble. Tesla shareholders demanded that Musk apologise to Mr. Unsworth as his accusations were completely baseless, which Musk did. Then, unable to stomach the fact that he’d been made to look silly by someone who wasn’t even a billionaire, Musk backtracked and doubled down, mentioning the 63-year-old diver’s “Child bride.” Vern Unsworth’s wife is forty, meaning a 23 year age gap, which presumably scandalised Musk. At the time of the initial spat, Elon Musk was romantically involved with Grimes, a pop star a mere seventeen years his junior.

Successful applicants to be Elon’s new friend must be morally flexible when it comes to age differences between men and women.

As Elon’s behaviour became increasingly erratic, some people suspected Musk may have substance problems, but Musk put paid to this rumour in unintentionally emphatic style by claiming that he was “not on weed” during one of his twitter rants.

Nobody anywhere, ever, refers to it as being “on weed.” Musk might as well have sent a tweet emphatically denying that he had the reefer madness, or that he had been sniffing gin.

This was all compounded by Musk’s appearance on the Joe Rogan Experience podcast.

For those unfamiliar, Joe Rogan is a likeable meathead comedian and MMA commentator whose podcast veers frustratingly between interesting guests and ranting neo-Nazi apologists. Imagine a TED talk playlist interspersed with clips of the Nuremberg Rally and hosted by Joey from “Friends.”

Last week, Musk appeared on the Rogan podcast. Rogan is a regular cannabis user and Elon decided to prove he was cool by unconvincingly getting “on weed.”

That’s not how you inhale a god damned joint, Elon, and anyone who has ever smoked one knows the signs of a novice smoker trying to bluff. (See also: Musk’s nonchalant shrug a half-second after his non-toke, as if to say “See?! I’m STILL not high!”)

Whilst Elon’s attempt to hang with the cool kids and smoke weed only got him laughed out of the room by anyone who has ever smoked, it also managed to get his shareholders – rich old white men who are probably worried that weed will lead to other terrible things like dancing and rumbles with The Jets – to panic and send the share price of Tesla plummeting.

That’s where we are at the time of writing. Elon Musk is having some sort of meltdown and it seems like the whole thing could be solved if he just had someone to hang out with, rather than obsessively working hundred-hour weeks and starting twitter spats and drug “scandals” in the hopes people will think he’s cool.

If we managed to find Elon a friend, maybe he could get back to doing legitimately worthwhile things like “making electric cars viable” and “advancing the cause of space exploration.” 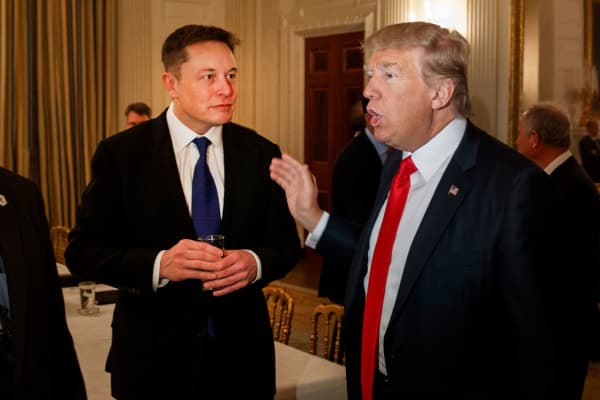 Actually, a Trump and an awkward Musk are often linked…

Luke Haines is a British writer who hopes Elon sues LiberalResistance, because we literally can’t buy that kind of publicity. Follow him on Twitter @Lukedoughaines