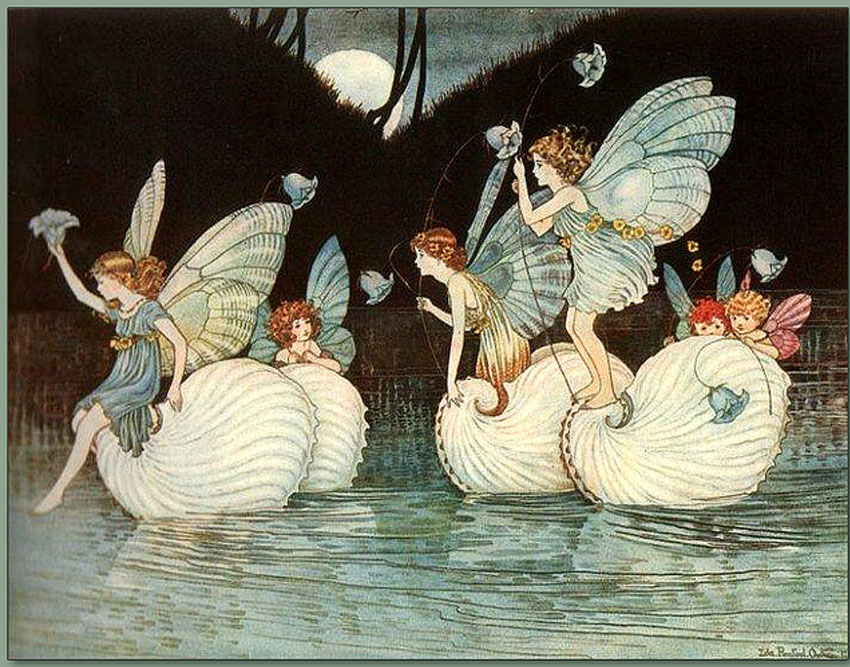 Actually, the title isn’t mine. I stole it from (of all people) Business Week magazine which, in 1931, supposedly ran a story entitled “Do You Still Believe In Lazy Fairies?”  This was in response to the Great Depression and how folks were a bit appalled by the government’s seeming inaction.

I dare to steal the headline, though, because I think that even after eighty-years, it still manages to sum up a certain kind of “libertarian” (or, rather, pseudo-libertarian) thinking—and, in particular, the kind of thinking behind the Republicans current plans for “tax reform.”  The idea is that somehow, by some wonderful magic, if we just cut taxes on the people who already have more money than God, then the rest of us will get a taste of it. “Trickle down,” in other words, though I’m not sure how much I care to taste anything that’s trickling down.

What always astonishes me is how popular the idea seems to be among all classes of Americans, not even particularly affluent ones. Somehow, as a culture, we have somehow bought into the idea that our lives will be improved if only the Koch Brothers can afford two extra yachts this year.

The good news, though, is that the myth may finally being losing its appeal to ordinary Americans. They may, in other words, be finally catching on to the fact that they’ve been scammed by a group of the super-wealthy plutocrats. According to a Gallup poll last April, 63% of Americans now believe that rich people don’t pay enough taxes, and 67% of Americans believe that corporations don’t do so either.

It gets more interesting still when you start reading local news. Last November, the Washington Post ran the fascinating article, ‘I don’t feel wealthy’: The upper middle class is worried about paying for the tax overhaul, by Todd C. Frankel. In it, Frankel looks at how the middle classes…and even the more affluent of them…are beginning to fear what’s being done in the their name. All this time, they’ve been told that the GOP would help them. And now they now that, in fact, the Trumpist Republican party will, in fact, not reduce taxes at all…but rather shift them from those who can afford to pay them the most to those who can do far less.

Indeed, I wonder… I hope!…that this could be the beginning of something. The pseudo-libertarian Right has pushed Lazy Fairy economics down the nation’s throat… and none too gently. It has bullied, and betrayed, and strong-armed the people, and it has not heard a single word of protest. What it wants, it has set out to get, whether or not the rest of us like it. Or, even, whether or not it will spell the end of America as a nation.

And when that happens…

There is an old form of entertainment called the “pantomime.” Today, it little known outside of the United Kingdom, but it was once quite popular world-wide. It is a kind of live theater, or musical comedy, and it can be quite funny with lots of broad physical humor.

But, there is sometimes an interesting turn of plot in pantomime stories. Sometimes the cast is meant to portray a population of happy fairies.

Then, in the middle of some merry romp, a mask falls away…

And cast, and audience, perceive, a demon king.

In his great, and terrible …and justifiable…