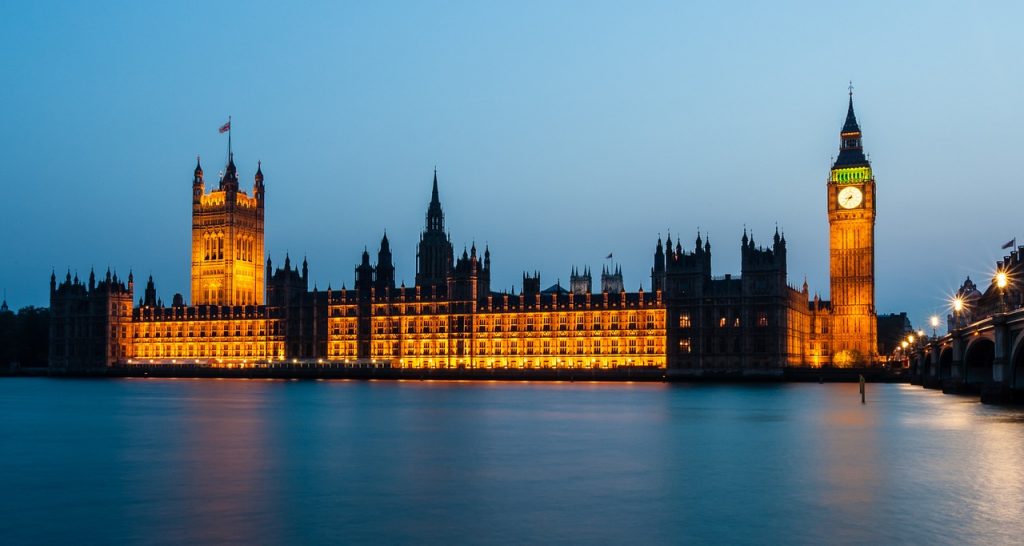 There, I said it. So now, 25% of the readers rush to see if there’s a comments section where they can start bellowing about conspiracies and another third are calling the police to report me for anti-Semitism. Now that those people are gone and everyone hates me for being either a Nazi or a zionist stooge or both or neither or what-have-you, let’s proceed.

It’s been a depressing week in British politics. The persistent rumours about anti-semitism in the left-wing Labour party have exploded. It’s hard to describe how bad the situation is for Labour leader Jeremy Corbyn, long thought of as a sort of British Bernie Sanders. I can only describe his position by coining the phrase “catastrophucked.”

Corbyn has been the subject of a number of memes comparing him to Obi Wan Kenobi – a wise, older man with a white beard who will lead the youth to bring down the evil empire. There have long been murmurs about anti-Jewish bias among Corbyn supporters, but most people cheerfully ignored them because it felt like there was finally a genuinely liberal candidate in mainstream British politics. Obviously Corbyn, a kind and morally upright man, couldn’t be antisemitic. Those who accused him of being so were probably overly sensitive, or Fake News plants by the opposition, or embittered neoliberal holdovers from the Labour party’s past.

Then it emerged that Corbyn had offered support to an artist who shared a mural that would have looked at home in the Third Reich. 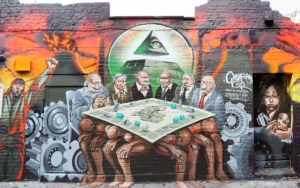 It’s hard to find a high quality image of something painted on a brick wall, but that’s a painting of the Jewish Illuminati enslaving humanity, right there.

As the storm of controversy over the mural broke, it emerged that one Labour party candidate was an actual, full blown holocaust denier.

With two strikes against them, news broke that Labour’s head of discipline, Christine Shawcroft, had stepped in an argued against the suspension of said holocaust denier. Ms. Shawcroft has since resigned from her position as head of discipline (whatever that meant to begin with) but at the time of writing has still not been removed from the Labour party itself.

It’s been a total train wreck for Labour. A year ago, Corbyn’s party was being dismissed as too far left to ever get elected. When the ruling, right wing Conservative Party called an election, everyone predicted that Labour would be crushed. Instead, they put in a surprisingly strong showing, gained ground, and everyone on the left began to feel a sense of optimism that maybe the right-wing hegemony that has plagued the UK for the last eight years might finally be over. The Conservatives began to look shaky. Corbyn seemed ascendant.

That sense of optimism now lies in ruins. Not simply because the Labour party appears to be riddled with bigots, but also because Corbyn supporters seem to be as dumb and naive as the right wing would like to think they are.

Corbyn’s rabid fan base rushed blindly to defend him, saying that his initial support for the artist was more to do with freedom of expression than the mural itself, which Corbyn hadn’t seen. This may very well have been true, although it shows a worrying tendency to blunder into traps on behalf of the Man Who Would Be Prime Minister. What’s more disturbing is that that this argument rapidly spiralled into many self-professed liberals arguing online that the mural at the centre of the controversy – depicting fat, hook-nosed cartoon Jews running the world and in league with Satanist Aleister Crowley – was somehow not antisemitic.

As a general rule of thumb – and by all means take this as free advice – when you find yourself arguing with a minority that something they find offensive is not, in fact, offensive, maybe take a look at your position and climb down.

Instead, Corbyn supporters with their backs to the wall began to scream about banking. “It’s not racist to say that Jews run the world’s financial system,” many have spluttered. Even if it were possible to ignore the age-old racist conspiracy theory that everything is run by the Jews – an idea put to good use by such fine people as, say, Hitler –  it’s worth trying a thought experiment with the old cartoons that depicted Barack Obama as a monkey. Nobody tried to argue that “it’s not racist to draw Obama as the president” because that wasn’t the issue. Are there a lot of Jews in finance? Yes. It’s often because their ancestors were banned from every other kind of work by medieval bigotry. Does that mean it’s okay to draw a bunch of evil Jews running the world? Also yes, because people should be free to draw what they want. But if you do draw that, you’re a fucking racist.

And so, with the banking argument failing to win much support for the cause of embattled antisemites, the conversation inevitably turned to Israel.

It’s long been an irony that Israel is sort of the worst enemy of Jewish people the world over. Israel’s treatment of the Gaza strip is horrific, and, since all Israelis are Jews, some people are apparently convinced that all Jews are Israelis. A lot of Jews get blamed for Israel’s misdeed because people are lazy and joined up thinking is difficult.

So, your neighbour who’s Jewish? Apparently human rights abuses of Palestinians are something to do with him and because of that, it’s okay that Jeremy Corbyn defended a mural in London. Also, something about banking, somehow.

Welcome to the state of British political discourse in 2018. It might be nice for Americans to know they don’t have a Monopoly on politically tinged stupidity.

For what it’s worth, here’s my attempt to talk some sense into this situation:

1. Jews aren’t secretly running the world, and if you think they are, you literally agree with Hitler.

2. Global financiers and the Israeli government both commit horrendous crimes and should be brought to account. Neither of these things is intrinsically related to Jewish people as a whole.

3. Jeremy Corbyn isn’t an anti-Semite, but neither is he the second coming of Jesus. He’s an old man who should be a lot more savvy about what he likes on Facebook, and he seriously needs to get a handle on the apparently rampant anti-Jewish bias in the Labour party.

4. I’d still vote for Corbyn tomorrow, but this might be down to a lack of better left wing candidates.

5. The entire world needs to stop limiting their ideas to tweetable length and actually practice some joined up thinking once in a while.

Also, I think “Breaking Bad” was sorely over-rated and I don’t want to see photos of your baby or vacation.

There. That should have alienated just about everyone…

Luke Haines is a British writer, and you can tell him why he’s wrong about everything on Twitter @lukedoughaines