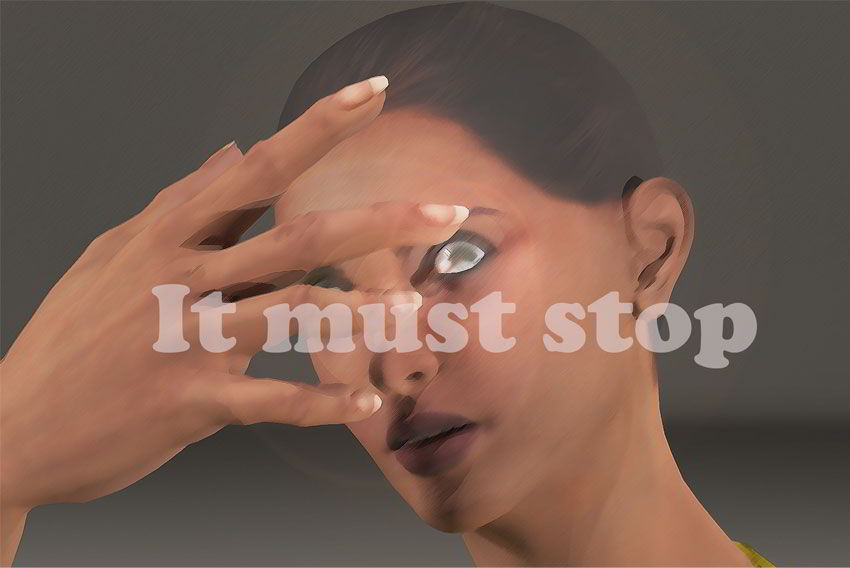 It seems to be an immutable, irritating law of the universe that whenever anything good happens, for any reason, famous men want credit for it.

Consider the recent, long-overdue reckoning that is the Harvey Weinstein scandal. Women in Hollywood took the brave chance to come forward (Rose McGowan in particular deserves praise) and Ben Affleck charged hilariously into the fray, wielding his righteous sword of justice, before immediately slipping on the banana peel of his own past actions.

After condemning Harvey Weinstein’s numerous sexual assaults, it was pointed out in record time that Affleck had once grabbed an interviewer’s breast on air without permission. He apologised so sheepishly that I’m considering knitting him into a Christmas sweater.

Elsewhere, Family Guy creator Seth MacFarlane proved he was the hero nobody deserved, needed or even asked for when he mentioned taking “a hard swing” at Weinstein with a joke at the Oscars. If you don’t remember MacFarlane’s Oscars Joke – which he totally made because he was outraged about sexism – it came after he did an entire song and dance number about which actresses got their tits out in which movie.

MacFarlane seems to be the sort of guy who would defend all of his material as “just a joke” until he can claim some moral high ground. He doesn’t mean anything he says, if it’s offensive, but that one dig at Harvey Weinstein was dead serious and he deserves plaudits for it. Apparently.

This whole thing has put MacFarlane in an awkward position when it comes to Kevin Spacey – a man who is apparently something of a pro at putting other men in awkward positions anyway. Way back in 2005, Family Guy aired a joke about Spacey being a pedophile. Was this another one of MacFarlane’s justice bombs? Because it seems like the writers and staff of Family Guy may have known more than they let on, but didn’t have the guts to come forward. Now that it’s become public that Spacey attempted to mount a fourteen year old boy at a party, MacFarlane may want to be careful what he tries to take credit for.

Forgive me for being churlish, but while women in Hollywood have to suffer the same nauseating treatment they’ve always been up against, with some of them bravely speaking out against it, it feels like our current crop of male celebrities are unusually shitty.

Paul Newman marched on Washington with Martin Luther King, said his proudest achievement was being on Nixon’s enemies list, and made millions of dollars for charity.

Gregory Peck was a tireless humanitarian and campaigned against the war in Vietnam whilst still supporting his son who fought there.

Even Charlton Heston, who Michael Moore turned into something of a gun-toting boogeyman, was a vocal advocate for civil rights, marching with MLK as Newman did.

Compare these people with our current crop. Ben Affleck ignores sexual impropriety from his colleagues – and possibly family – for years, and gropes reporters like a drunken fratboy asshole. Seth MacFarlane thinks he’s Hemingway in the Spanish Civil War because he made one lame gag about Weinstein being a pervert.

Sure, not every celebrity of yesteryear was a saint – Roman Polanski slithers to mind – and not every famous person these days is a lazy, hypocritical virtue signaller. But when it comes to action on sexual abuse, are Affleck and McFarlane Really our vanguard? Can we find nobody better to speak out?!

Critics of Hollywood lambast it as overly Liberal, whilst Hollywood likes to congratulate itself for being brave. Personally, I’d like to see more real-world evidence of it being either.