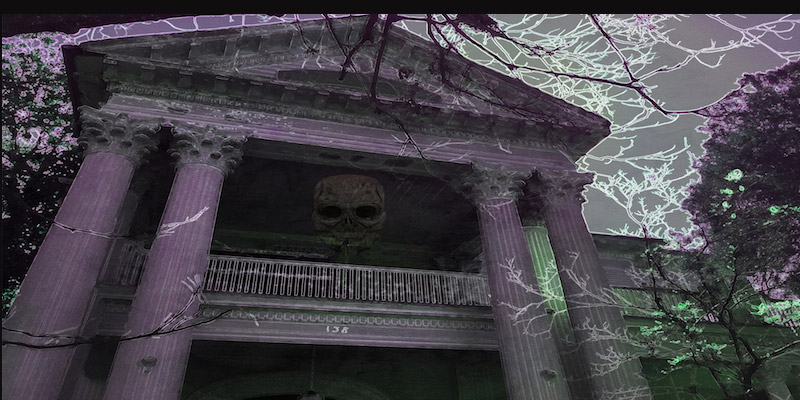 There are journalists who get the plum assignments – all expenses paid trips to exotic locales to review the breakfast options in fancy hotels before a hard day’s parakiting and cocktails until dawn.

Then there’s this site, where we cover the Alabama senate race from our kitchen tables. Such is life.

The results of the Alabama senate race, however, are worth looking at in some detail. For the first time in recorded history, Alabama might be an indicator of what life will be like in the future. This is because Donald Trump lost. Badly.

First, a little background: The Senate race in Alabama was between “Big” Luther Strange, Trump’s preferred candidate, and Roy Moore, the candidate endorsed by former Trump adviser and Ghost of Herpes Past, Steve Bannon. Despite Trump and the Republican party as a whole pushing hard for Luther Strange, the Breitbart candidate won the day.

Trump, being the petulant coward that he is, hilariously deleted all of the tweets he’d posted endorsing Luther Strange, because he’s seventy-one and doesn’t understand how the internet works. He assumes that Twitter is like his own addled brain – both can only handle short pieces of information – and that you can just delete inconvenient things like “facts” from it without anybody noticing. The truth, obviously, is that Trump backed the loser in this race and everyone saw him do it.

There is, however, more to this result than simple schadenfreude. The election of Roy Moore could be the first significant sign that the cracks in the Republican party are becoming irreparable. The Alabama race was seen by many in the GOP as the first test of their power against the Alt Right. In a very real sense, it was. The Party versus Breitbart, and the party lost. There are already rumours of Republicans standing down rather than fighting similar battles on their own turf and risking defeat.

Trump’s power may be crumbling a lot faster than anyone predicted. Strange asked Trump to tweet for him. It did no good. Trump is becoming (in fact, has always been) out of touch, deigning to communicate with his subjects only through 140 characters. The caricature of Trump as a distant ruler, ignorant of his starving people’s needs is becoming far too easy. It makes him a sitting duck for disaffected Alt-Righters. The Breitbart “machine” that Steve Bannon has bragged of, and which helped get Trump elected, is beginning to look capable of eating Trump up and spitting him out. The real danger is in just what kind of eldritch horror Breitbart will summon to appeal to Trump’s alienated fans.

In some ways, this looks like an easy win for the Democrats; the Alt-Right has no choice but to dig deeper and support an even crazier candidate next time out. Given that Trump is a senile, unnaturally coloured sex offender, the next candidate Breitbart endorses might have to be Pennywise the Dancing Clown. Surely, that’s a default vote for the Dems?

Unfortunately, relying on the laughable shittyness of the Republican pick has been all the Democrats have been capable of for some time. It was an easy ride when cool, intelligent Obama had to fend off the McCain/Palin freak show, and it was meant to work again when the unlikeable face of The System incarnate, Hillary Clinton, was literally the only sane choice available last year. We’re all suffering through the fallout of that miscalculation.

The truth is that Democrats are incapable of taking action, even though the Republicans have been in trouble since (at the very least) the 2016 primary. There were a ludicrous number of Republican contenders for president, and due to factious infighting, the worst and loudest of them got through. The huge field of candidates, however, was symptomatic of the widening structural cracks within Republicanism itself.

Right now, the Republican Party is trying to contain fiscal conservatives, ultra-religious nutcases, low-key social conservatives, outright Nazis and huge corporations who are only in it for the tax breaks. Depending on which Republican voter you ask, it’s the party of Lincoln, the party of God, the party of White Supremacy or an efficient way to launder money. These days, the income bracket of the voter would be a pretty good indicator of which answer they’d give you.

Alabama’s result could well be an early indicator that the crazy, Bible-thumping racists in the party are breaking away from “establishment” Republicanism and taking with them the uneducated poor who have finally realised that the GOP doesn’t give a fuck about them and was only using the Bible, the dog whistling and the flag as a way to keep the votes coming in and prop up the tax breaks for the rich.

With a bloated, tax dodging sex offender in the White House and the Republican base turning on itself, the Democrats should be circling the hamstrung and exhausted GOP like wolves around a dying elk. Instead, they’re hiding in their burrows with their tails between their legs.

This is because the same cancer that afflicts the higher echelons of the Republican Party has also stricken the Democrats. Big money donors run both parties, and have done for years. The only way for the Left to win big against the crumbling Right is to be brave – to reject big corporate donations, reach out to the rural voters and the under-informed poor and explain what it is that we want: a society in which rich, crooked assholes like Trump are forced to pay heavy taxes on their fortunes so that we can build schools and hospitals.

It’s time for the Left to go back to its roots and start promoting a simple, clear message before the right fractures. Because no matter how satisfying it will be to watch the Republicans turn on each other, we’re all fucked if Donald Trump starts looking like the sane alternative to whoever Steve Bannon will be peddling at the next election.