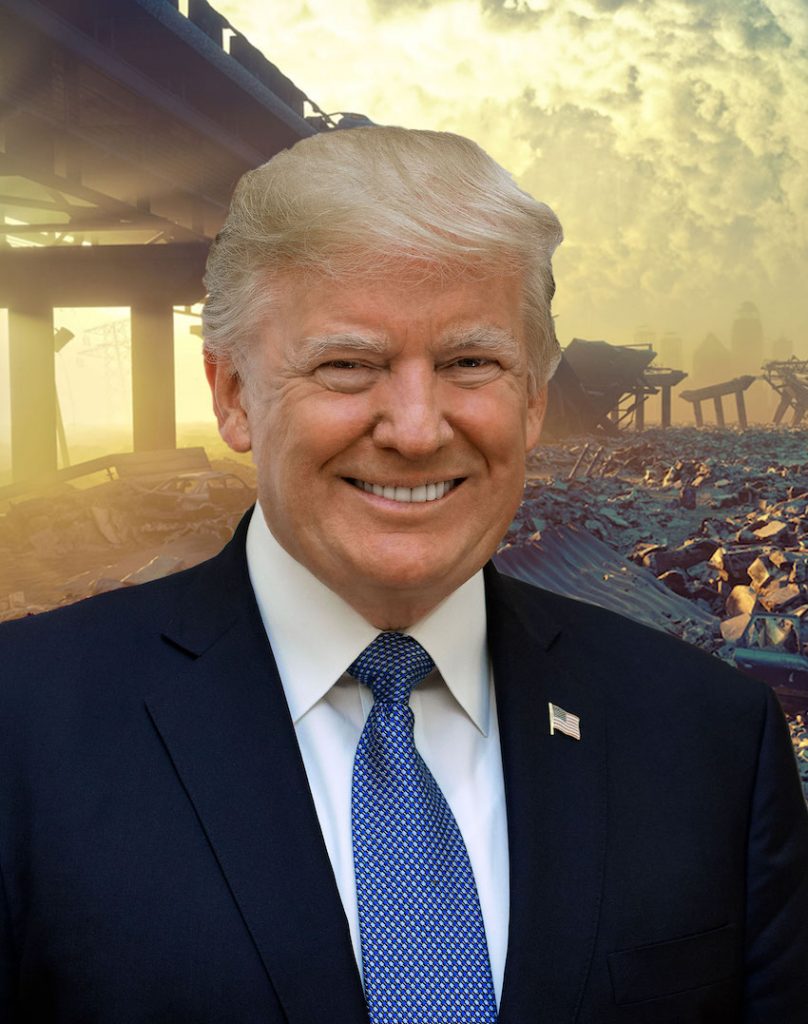 Editor’s Note: This piece by LR net’s founder Matt Blanchfield originally ran in 2017, shortly after Trump entered the White House. It seems wise to repost it today, as we move closer to Trump’s eviction from America’s government. Let us continue to work towards a new, progressive America.

Martin Luther King Jr started out as a Baptist minister. He came from a family of people who ministered the word of God including a grandfather who was a rural minister who moved to Atlanta in 1893 to take over a congregation there.

By 1944, the younger clergyman in waiting was already beginning to question the tenets of a religion he felt uncomfortable with. Something else was clearly calling him. Then, by the time Rosa Parks was arrested, Martin Luther King had been elected to head a boycott by the local chapter of the NAACP. His speech was a call to activism:

“We have no alternative but to protest,” the Nobel Laureate said. “For many years we have shown an amazing patience. But we come here tonight to be saved from that patience that makes us patient with anything less than freedom and justice.”

Today, there are many of us who feel our nation stands at another similar crossroad and understand that Martin Luther King’s words carry new meaning and urgency in Donald Trump’s version of America. All progressive Americans are being called to become activists once again with a new platform unavailable to the civil rights leaders of a few generations ago.

We can still march in the streets but the power we have is more individual now because each and every one of us has the Internet as a soapbox to stand on and blog from. We owe it to the country to resist the policies of Donald Trump. Each and every one of your voices can be heard here with the same resounding clarity that will speak to your fellow Americans as surely as Martin Luther King’s words did from his microphone all those years ago.

It’s important that your voice be heard. It’s essential to channel that rage and disillusionment over the fact that the billionaire businessman who wants to erode one of the pillars of American society by introducing Draconian immigration laws will soon be in the Oval Office.

The physical wall he plans on putting between us and our neighbours in Mexico is part of his national vision. Leaders are important because they should help to build up relationships and not physical barriers. Anyone elected to the highest office in America should understand that one of the guiding principles of our society is the welcoming arms we provide to immigrants and our friends.

Raise Your Voice Up

If you decide to blog here, you’ll raise your voice up and amplify your opinions about things like Donald Trump’s plans to end the sanctuary cities that are a haven for the very kinds of people the Statue of Liberty first welcomed.

If you let your voice be heard here, you’ll be in the company of a long line of proud American activists who stood up when they saw injustice and made their opinions known. Some of these American icons have even tried to get to the highest office in the land themselves.

Ralph Nader has spent a good portion of his life as a consumer advocate doing his best to protect America from unsafe goods and illegal business practices. Just before the election, this former presidential candidate made his voice heard in the Washington Post by predicting the fastest impeachment ever if Donald Trump won the Oval Office.

The 82-year-old has made his views known and it doesn’t appear that he’s going to stop anytime soon. It’s all another good reason for you to sit down at your keyboard today and share your views with us here at Liberal Resistance.Net. Think of this as more than just another website or place where you can blog. It’s our intention here to form a community of like-minded individuals and foster a new movement in America that will pay homage to our ever-enduring American values of freedom and respect for everyone.

This is an opportunity for your voice to be heard and to join in with like-minded people. When you decide to get off the sidelines and get involved you even draw a line back into history to those brave souls that have come before you for a variety of different causes.

You’ll be doing much more than standing up to Donald Trump’s policies on trade that will have a negative effect worldwide which some experts have already said are akin to denying climate change.

If you decide to share your thoughts with us here, you’ll be in the fine company of people like Gloria Marie Steinem who became a national leader of the feminist movement that changed our social landscape for the better. Remember, the work of an activist is never done and a New York magazine even recently reported that Steinem is active in getting behind New York’s campaign for gender pay equity.

Getting involved means exercising your rights as an American citizen and even doing your part to help save the country from Donald Trump’s excessive policies and questionable ties to Russia.

Sharing your thoughts with us will put you in the company of other people who wouldn’t stand by and let their voices be diminished. You can sit down in front of your keyboard and become a relevant voice for change today just like icons from the past like Pete Seeger. The only real difference is you’d be using a keyboard and he favoured the guitar.

We’ve made our case so now it’s time for you to get busy and join us. Sit down today and decide how you want to do your part in our combined resistance to the policies of soon to be president Donald Trump. Peaceful protest and speaking your mind is the American way and there’s no better time to do that then right now.

We need to stand shoulder to shoulder to make sure our American values are preserved in these difficult times. One of the best ways to do that and make your voice heard is to send us a blog with your thoughts and opinions today.