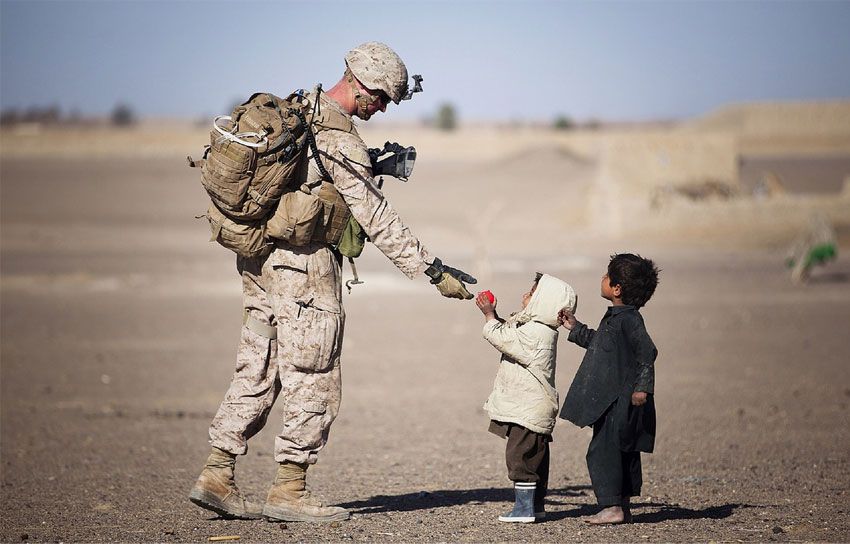 I have recently run across something that rather worries me…specifically, it has to do with the power (or lack there-of) of the Blue States, and of those of us who live in them.

It’s like this: like most of us, Right or Left, I’m sort of unconsciously an economic determinist. Like Karl Marx and Ayn Rand, I’ve more or less bought the idea that everything has to do with money, in some fashion. Regimes fall or rise chiefly on their ability to handle cash. Governments largely reflect the needs of that social class within it—bourgeois, proletarian, landed aristocrat, whatever—which is the most important economically.

So it was that, on some level, I’ve assumed that eventually…not soon, but eventually…Blue States, voting for Democratic candidates, will someday outpace Red States, which vote for people like Trump. And my logic was simple, and common, and based on economics. Blue States pay more into the nation’s tax system than Red States, which take money out of the system. In other words, Reds depend on Blues.

Eventually, I thought, that fact would catch up with the GOP. Eventually, the economic dominance of the Blue States would translate into political dominance. If nothing else—and this is highly unlikely, but possible— the Blue States could simply stop paying taxes until they got what they want. Or, as is rather more probable, their holding of the purse strings would gradually but effectively transform Red politics.

Thus, on some level, I thought all we needed to do was hang in there. Eventually, because of economics, us Blue Staters and Democrats would win out.

Then I made a rather grim discovery.

Take a moment and head over to the Guardian site. There’s an article there you ought to read. Or, rather, it is a book review by Lloyd Green, specifically of David Frum’s Trumpocracy. Actually, I’m not particularly interested in Frum’s book, though it sounds good. Apparently, Mr. Frum—who was an important Neo-Con and is now a leading Never-Trumper—says all sorts of nasty things about Trump. And that sort of thing is always welcome in the national discourse.

But, no. What fascinated me, and terrified me, was a comment that Green made, almost as an aside. He noted that Frum, like most of us, makes an important oversight. To be precise, Frum doesn’t (says Green) recognize that a great deal of Trump’s support comes from military personnel, former members of the military, and military families. In other words, all those soldiers and sailors and pilots and marines and their loved ones.

And where do most of those people come from?

If Blue States contribute a disproportional amount of money to the national economy, the Red States provide the flesh…the cannon fodder…the boots on the ground (or on the deck, or in the sky)…the blood, sweat, and tears of war.

Why do these people support Trump? Well, I’m sure there are dozens of equally plausible explanations, ranging from the psychology of the authoritarian personality to the sociological phenomenon of racism. But the explanation I favor is a bit more direct, albeit perhaps more brutal. To wit: these are the people who have been sent by our governments (Republican and Democrat) to die or be maimed in war after war…and usually for no grander cause than to make the world safe for Neoliberalism. They are, in other words, globalism’s enforcers, and that is not a happy role. It tends to get you sent home in pieces.

And the one thing you can say about Trump is that he is the first president in a very long time to tell Globalism to go fuck itself.

But no matter what he’s done, he hasn’t yet said to American military people, “It is your job to go over there and die for humanity’s sake…and oil.”

Oh, he may say it eventually. With all his posturing about North Korea and Iran, he may go down in history as America’s most bloodthirsty president.

But he hasn’t said it yet… and I suspect that what he has not said is being heard by those in uniform.

Which finally brings me to my point. I’d always thought the Blue States had the advantage because of our economic power, and that on some level, all we had to do was sit back and wait for the ripe, low hanging fruit to drop.

But we don’t. Not really. We are counterbalanced…maybe more than counterbalanced…by those men and women in the Armed Services. So long as Trump can command their ballots, and yes, let’s admit it, maybe their bullets, we are checkmated.

And that is a terrifying thing.

So, what do we do about it?

Well, to begin with, we continue doing exactly what we’re doing—mustering as many blue votes as possible, and energizing the Democratic Party wherever it has a chance to win. That could, in time, give us enough votes to remove Trump from office, even if the Red States continue to vote for him. And, also, there is always the chance that the Armed Forces won’t be his forever. It could be that, someday, he makes an imperial foray into some “shithole country,” and suddenly the men and women in uniform will perceive that their protector is as little interested in their wellbeing as was, say, Dick Chaney after 9-11.

But, in addition, I think we need to do two things. First of all, we need to rethink our reliance on economics. We (and by this, maybe, I really mean me) need to remember that politics isn’t always driven by profit-maximization, that reality is not always economically determined, and that nations sometimes do things that seem irrational, even inexplicable, from the perspective of Adam Smith and John Maynard Keynes…but which may make perfect sense from the vantage point of those actually involved.

And, second, and perhaps most important of all, it means that we on the Left need to take a moment to go look hard at the military, and try to understand the people there. We need not to simply reject them, particularly if they voted for Trump, but rather to learn their wants and needs…and, finally, offer a better deal than Trump does.

We need to discover ways of reaching out to them. We need to find ways of embracing them. It would not be difficult. It would simply require that we make the effort. We have already at hand a model to follow—consider,  for example, comedians Jim Gaffigan, who devotes a significant fraction of the proceeds of his apolitical comedy to the well-being of wounded soldiers; and Sarah Silverman, whose admittedly impolitic call for a military coup against Trump was followed by a legitimate attempt to reach out to conservatives via her show I Love You, America with Sarah Silverman, including those in uniform.; or, most of all, the late, great Robin Williams, who genuinely risked his life to entertain troops in places like Afghanistan, and whom the military loved for his faith in them and respect for them.

Beyond that, there may be yet more radical measures to consider. Maybe we need to make certain that never again is a small minority called upon to fight of our wars and conflicts.  It may be that the all-volunteer army needs to be rethought. I am no fan of the draft, but maybe, if it were restored, and we all had to take our chances with the bullets and the bombs, our leaders might be a little less eager to send us on adventures.

Or, maybe…who can say?…we need to have two militaries, one rather like the Swiss army, in which everyone plays a role and serves a term (and which is only used for self-defense, and only then after an official declaration of war), and the other a much smaller professional force which can project power overseas, if need be.

But, whatever is done, it is best done quickly.

For, I fear, if we do not…and do not come to grips with the reality of war, and the realities of life for those who fight our wars for us…

We shall never know peace.