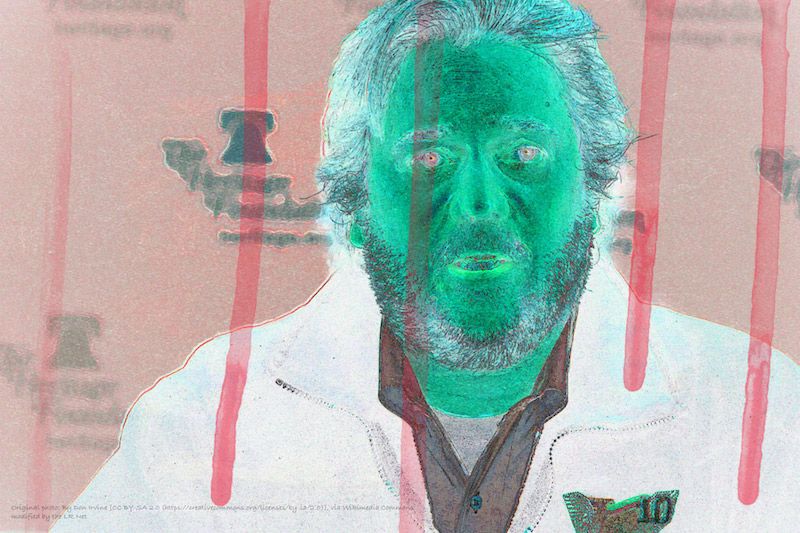 I’ve been reading a lot of articles lately about the apparent fratricidal conflict going on in the GOP. CNN is reporting that “Trump vs. Corker encapsulates GOP civil war.” The Washington Post writes, “After Alabama, GOP anti-establishment wing declares all-out war in 2018.” Axios magazine, meanwhile, details “Inside Bannon’s plans for a GOP civil war.” And so on and so on.

As near as I can tell from the reportage (and I may not have it right. I’m not the fastest mouse in the maze these days), we are seeing a four-way struggle. On one hand, we have the party Establishment, as perhaps best represented by Mitch McConnell. On the other, we have Steve Bannon, the Breitbart crew, and the alt-right, who have openly stated their intention of unseating every GOP incumbent in Congress.

On the …uh, third hand, we have Trump himself and his retainers, though God alone knows what they want and how they’re going to try to get it. Then, fourth, last, and maybe the most dangerous, we have the “anarcho-capitalists,” people like the Koch Brothers, who have vast wealth and power, and are willing to use both (with very little regard to things like ethics), to establish a nation in which a small group of people who are already obscenely rich become yet more obscenely rich, and the rest of us dwindle toward extinction. These are, of course, the folks behind the Dark Money, in all their sinister glory.

(A quick aside, this group claims to be capitalistic, but, if so, they are a curious sort of capitalist. Free competition doesn’t seem, for instance, to loom large in their calculations. Consider, for instance, how eagerly they are using law and regulation to repress solar and wind energy, while keeping existing subsidies and supports for oil and coal.)

Anyway, this four-way war promises to be a rather dramatic affair. Indeed, some liberals and progressives, and not a few libertarians, are cheering it on. Robert Kagan, for instance, wrote an interesting and entertaining opinion piece for the New York Times under the headline, “Faster, Steve Bannon. Kill! Kill!” in which he envisions Bannon bringing down the GOP establishment, and if not clearing the field for Democrats, at least ending any doubt the country had about the viability of the Republicans.

Other people I know are even more optimistic. They see the conflict bringing down the Republican Party. They see the GOP collapsing into a heap, utterly beyond redemption. And, in place of our current system, we will see a new conservative party consisting of the older, established wing of the Democrats, and a new liberal party, composed of Liberals, Greens, Progressives, Social Democrats, and so on.

It is possible. The Republican Party itself came together out of the various pieces of the fractured Whigs after 1850. But, I must confess, I’m not optimistic. I’m also not as happy about the prospect of a vast, ideologically driven conflict within the GOP. Maybe it would bring down the Republicans, but, maybe it wouldn’t.

And there’s the rub. Historically, whenever there is a power vacuum, the most ruthless tend to occupy that vacant space. The Bolsheviks took over Russia because the other parties in the conflict canceled one another out. Something very similar happened in Berlin in 1933.

And I look at the modern Republican Party and I worry.

Which would win, and which would be more terrible?