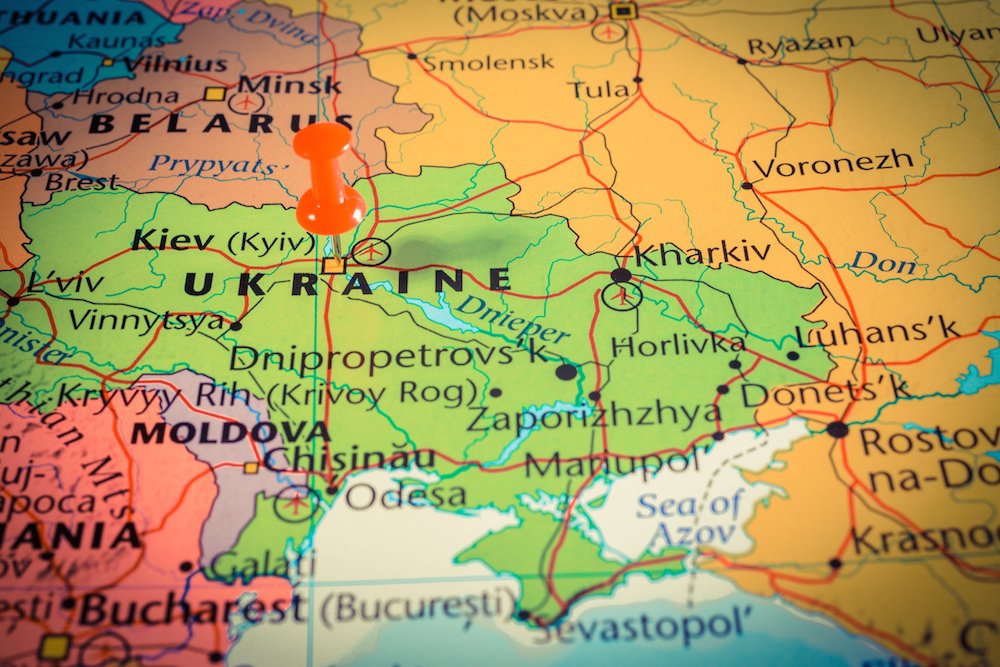 Editor’s note: Vova is the Russian diminutive of the name Vladimir. A shapka is a brimless fur cap.

The Kremlin midget, Vova, in his psychotic efforts to become a Tsar and revive the Russian Empire may have gone too far. The non-fake facts on which the non-Russian specialists agree – the Ukrainian boats were attacked outside of Russian territorial waters. The shooting was done intentionally – to harm, possibly to kill the Ukrainian crew. The Russian federal security service, FSB, itself has admitted in the end that the Russian use of fire was unprovoked and that the Russian navy fired outside of territorial waters of Crimea. Russia itself finally admits that it broke the international law and it is a fact that it broke a UN bilateral maritime convention with Ukraine.

A further probable fact under investigation now should be that Russia simply does not respect the Geneva Conventions for the treatment of war prisoners. From the available photos and the usual TV “confessions” it is clear that the 24 captured Ukrainian sailors are being tortured both physically and psychologically. The European Court of Human Rights has already issued a protest.

Ambiguous declarations of intention as we have heard from most world leaders will only encourage Putin to further acts of war because he pays no price for them. A few practical suggestions show – appeasement only makes the problem worse. For instance, Turkey and Germany have suggested closing their ports to the Russian ships. That is as little effort as possible – we have to go further!

We, the world, have to avoid Russia’s blackmail through its energy supply chains. At least Germany seems to be coming to its senses and wants to stop Nord Stream II before it is too late and Europe becomes largely dependent on Russian energy. Russia today is, as Obama bravely specified, “a middle range power”. Economically that is. Putin’s economic means are limited – the USSR once was the second largest economy in the world. Russia today is the 13th on the list. The economic sanctions against Russia work, but they should be hardened and extended.

What are the Russia’s main possibilities to handicap and threaten? Long-term, there are two: Russian presence and veto power in the UN Security Council, which permits aggression without retribution and the wide circulation of lies (Honestly, Russia should be voted out of the UN Security Council) and Russia’s nuclear arsenal. The biggest mistake, from the Ukraine’s point of view – a crime of the free world, was after Ukraine became independent and was to rid of complete nuclear arsenal in exchange for France, UK and the US’ guarantee of Ukraine’s territorial integrity. What happened when Russia send supposed separatists, in fact Russian backed mercenaries to attack and invade Eastern Ukraine, then annex Crimea? Neither France, nor UK or USA kept their promises. This, of course, has encouraged the little man in the “throne” with his dreams of being an emperor one day.

The world may not like it – but Ukraine must be helped and encouraged to re-constitute a nuclear arsenal, which will protect not only Ukraine, but also the whole Eastern Europe, in fact, all of Europe.

We, what used to be considered the Free World, the Western World, before the Russian disinformation, both spies and poison specialists attacked it, are at war. It is a different multi-faceted war. TO survive we must have no illusions and give ourselves the means to win it. A lot of the burden of this hybrid war weighs on Ukraine. We must help Ukraine fight back and survive. It is quite possible, paradoxically; Putin’s war at sea will help President Poroshenko get re-elected. No matter what, Poroshenko is an intelligent patriot and a good tactician. The dwarf in the Kremlin will have deserved that punishment by helping re-elect his archenemy. The heroic Ukrainian captain who demanded, and obtained, an interpreter because “he did not understand Russian” will have put one more nail into the coffin of Russian image in the world.

Finally, the world must get gradually less and less dependent on Russian energy. Baltic and Scandinavian countries, more aware of the Russian danger, have diversified their supply sources. North Stream II must not happen. Acknowledged Trojan Horses, like Germany’s ex-chancellor Schroeder, should be seen for what they are – paid Russian prostitutes.

Please note: For additional assessment please consult the article of the Atlantic Council Magazine – “How the West Got Martial Law in Ukraine Totally Wrong” by John E. Herbst – http://www.atlanticcouncil.org/blogs/ukrainealert/how-the-west-got-martial-law-in-ukraine-totally-wrong