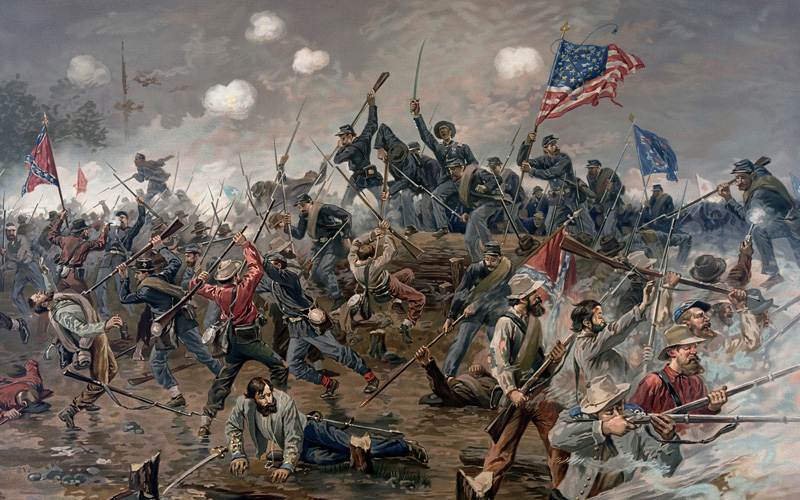 Editor’s Note: This piece originally appeared in this publication on August 26, 2017. However, given current developments, it seemed like a good idea to run it again, just to remind people of how we got into this mess, and what we need to do to get out of it again. Vote blue in 2020!

Haven’t we seen it all before?

I mean, not necessarily Trump. He may be sort of new. Though, I suppose, you could make an argument that Andrew Jackson was a bit like him. Jackson, like Trump, came to power by appealing to the lowest possible denominator. He gained, in other words, the votes of those below the usual threshold of American politics.

But, Jackson was (for better or worse) an intelligent man. And Trump…well, you know the status on that.

But the powers behind Trump, the men and women put up the cash, who provided the organization, the networks of “Dark Money,” (to quote Jane Mayer), the obscure associations of obscenely wealthy men and women who constructed the Radical Right bit by bit and bolt by bolt, like a monster on a slab…

Haven’t we seen them before? And only a hundred years ago? And then, as now, weren’t they were deadly, shameful, and redolent of treason?

Let me explain. I’m reading, right now, a couple of fascinating books. One is older, The Confederate Nation (1861-1865), by the eminent historian, Emory M. Thomas (1979). It is a classic work I gather, and can be found in the libraries of many a professor. The second is somewhat newer, This Vast Southern Empire: Slaveholders at the Helm of American Foreign Policy, by Matthew Karp (2016). In it, as the title would suggest, Professor Karp looks at the goals and means of the slave owning elites who controlled American foreign relations for a major part of the nation’s history. 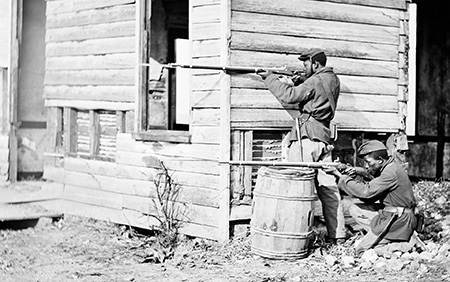 Normally, I don’t like Civil War history. It depresses me. I can’t read about the battles, no matter how stirring, and not think of all those young men, many of them poor or working class, who marched off to their destruction in the service of privileged aristocrats who never suffered so much as a scratch. Nor can I escape the memory of what happened to the civilians, particularly women and children, who found themselves at the mercy of their enemies.

But, I am interested in what happened just before the Civil War—in the mindsets of the people involved, whether they were Southern planters, Northern industrialists, radical Abolitionists, determined “fire-eaters,” (i.e., extreme Southern nationalists), factory workers, farmers, field hands, clergymen and churchwomen, and on and on. What, I wonder, was in their heads? What motivated them to support or oppose or remain indifferent to what became the most destructive war in our history?

To find out, I turn to experts like Thomas and Karp. The former looks at Southern Nationalism and its origins. Or, more specifically, he is concerned with the Antebellum South’s assumptions about life and how it should be lived. Thomas argues that many of those assumptions could be traced to a relatively small group of individuals, i.e., the great plantation owners who dominated the South’s economic and cultural scene.

Oh, yes, there were many other participants in the society of the Old South. The middle classes were growing, the small farmers who produced food rather than cotton were always important (even plantation owners need to eat), and there were ever-larger numbers of industrialists and factory workers (particularly in Virginia). Even the slaves are not to be discounted. Though oppressed, they found ways of influencing the world around them.

But, still, the major outlines the Southern ideology came from the plantation owners—from, in other words, large commercial farmers but whose economics were quite modern, based as they were on international enterprise. They were, in their way, among the first of America’s globalizing entrepreneurs.

Yet, somehow, they combined this modernity with a strange backwards glance. They affected the pose of feudal lords, noble and paternalistic. Thus, in their view, the perfect man (or woman) was almost a separate sovereignty…a monarch among many monarchs, complete with subjects, a capital, a castle, and, in a limited way, a military capacity.

Karp, in turn, looks at how those same plantation owners ran the national government in their interests for many long decades. In particular, he looks at how they managed the nation’s foreign policy. The planters, it seems, had a single overriding goal—the defense of slavery as an institution. To this end, they envisioned a permanent alliance between the United States (or, at least, their part of it), and the other booming slave-based economies of the Americas—Texas, then still an independent republic; Cuba, still a Spanish colony but making tons of money as a vast sugar plantation; and Brazil, where bond labor was very much in operation. Their shared enemy? Abolitionists, wherever they might rear their ugly heads.

In the process, says Karp, the plantation owners constructed a remarkable form of Federal government that was deliberately crippled at home. Within the nation’s borders, it was to be a weakling, almost an afterthought, a distant shadow of authority which did not intrude upon States’ rights, much less those of the individual citizen…at least if the citizen was rich and powerful.

But abroad, it was to be hugely powerful…so that it might protect the interests of Those Who Really Mattered. That is, themselves.

But what was it that motivated the great plantation owners? What was their ideology?

They did have one. And it boiled down to a single word: Freedom. Absolute personal and economic Freedom was what they required. Freedom, almost on a libertarian level, is what they demanded. And they would accept no substitutes.

Ah, but there was the rub. By some wonderful twist of logic, that freedom included their right to own other people.

You have to stop and stare at that in wonder. How is such a thing possible? How could they not see the awful contradiction in that?  Yet, somehow, they didn’t.

Indeed, and incredibly, there is evidence that they understood that slavery wasn’t an optimal solution to their economic requirements. As the industrializing North, not to mention Europe, had already proved, free labor is cheaper than bound. Moreover, all the planters had to do to pull the abolitionists’ fangs was to make the transition to some sort of wage labor. Yes, there would have been disruptions at first, but in the long run, it would have been more effective.

Yet, even though they knew that, the plantation owners simply could not make the necessary adjustments. It seems, or so I’ve heard suggested, that their own sense of self-worth was so tied up in their ability to regard others as property that they simply could not contemplate the alternative. Not to own slaves would have been to suffer a kind of death of the ego.

And so…they marched off to war.

And suffered a death of ego greater than they could have possibly imagined in their most horrific dreams.

But what has all this to do with our situation today?

Well, what do we know about the people behind Trump, that Dark Network?

Not much, actually. They tend to stick to the shadows. A few, like the Koch brothers or Betsy DeVos, can be seen…but most are indistinct. Still, we can determine a few of their defining characteristics. First, while they are limited in number, they are very, very wealthy. They have vast power and influence.

Second, they have an ideology. These are not just people operating from gut instinct, reacting to events without forethought. No. They are working toward a plan and a goal…almost a utopian society.

They are anarcho-capitalists. That is, they regard the Federal government as (at best) a necessary evil. At home, it is to be kept feeble and sickly. Within our national borders, Washington’s role is to, mostly, just provide an internal security force to protect the property of Those Who Really.

Ah, but abroad, that is another matter. Beyond our shores, the Federal government would be mighty, indeed. It would not speak softly, but it would carry the biggest of big sticks. It would be a standing, permanent, militarized state, whose central (sole!) purpose is make the to world safe for the investment of the great and the powerful.

And that’s all. That’s all government would do. Everything else, at home and abroad, would be cut away. And in particular, the government’s other traditional role…what may be its most ancient role, and what is doubtlessly its most moral… that of shielding the poor and the middle classes from the rapacity of the powerful, would be abandoned entirely.

And does this not all sound terribly familiar? Is it not that same blind selfishness of the slaveholders? That same definition of Freedom as the right to own others?

Is there not the same utterly irrational inability to compromise… even slightly!… with the concept of the general welfare, the social contract, and the shared national destiny?

And, lastly, most frightening, is there not also the same danger that, in their inability to bend, they will plunge us all into horror and strife?

Rather than, even for a moment, consider that they might not, after all…