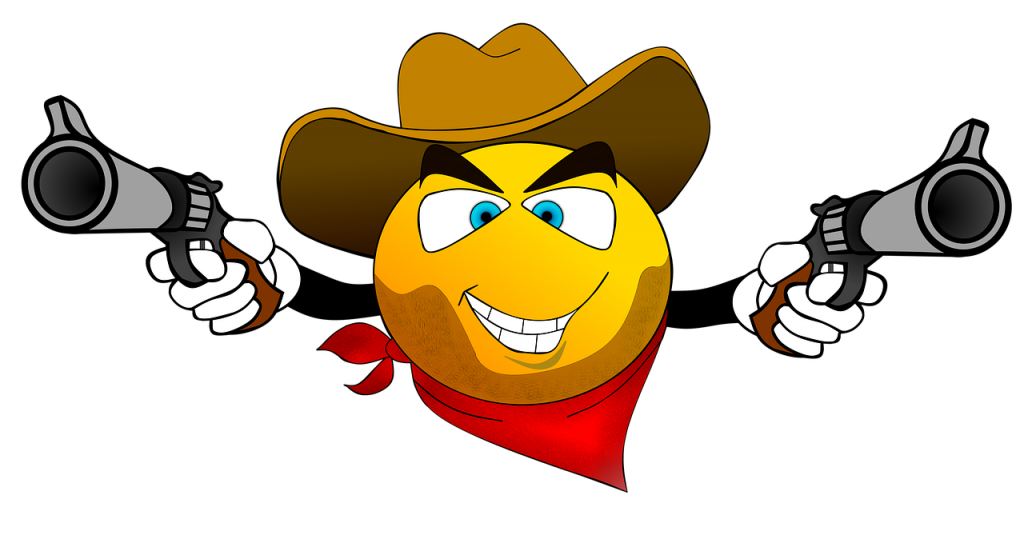 It feels like a dangerous time to play “what if?”

For example, it was only five minutes ago we were all playing “What if Donald Trump was actually elected?!”, and that stopped being funny real fast. Or maybe it’s still funny, if you step back far enough – it’s hard to say, as sometimes “only five minutes ago” feels like a million years.

Still, it has been rumoured that Donald Trump is planning to overturn the Fourteenth Amendment, which grants citizenship rights to anyone born in America. This has caused the usual storm of outrage from groups we’ll call “everyone who isn’t a racist sack of shit,” but it has also led to many pointing out the hypocrisy of the MAGA crowd.

These, after all, are people who will tell you in Proustian detail why the second amendment can never be tampered with – amendments are sacred and untouchable. Don’t fuck with the constitution! Amendments should be left as they were intended! Except the ones that protect brown people. And any other ones Trumpsters don’t like the sound of. Liberty and such. But the gun thing is set in stone.

It’s all beyond stupid, of course. Anyone who is still surprised that Trumpettes are stupid and inconsistent in their beliefs – and often just unrepentantly racist – has clearly not been paying attention. But with all of this in mind, let’s play “What If?” Or, because marketing is everything these days, let’s play a new game I’m going to call Amendment Death Match.

The plan is simple: People of colour go out and buy guns. Shitloads of guns. Just, everyone, if you’re black or hispanic anything other than a straight white man, go and get yourself tooled up. If your state has a concealed carry law, great. Exploit it. If it has a “shall issue” law on concealed carry permits, apply for one, so that you can carry all of the many, many guns you now own. 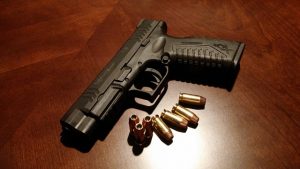 Every table in your house should end up looking like this.

Let’s see how people who don’t like the fourteenth amendment deal with the second one when it’s exercised by people they hate. Something tells me their faith in it will be more than a little shaken.

You might worry that this is foolhardy, but if we’re honest, it’s already kind of a bad time to be black or Mexican or Native or Asian, whether you’re armed or not. Might as well have some fun with it. Frumpy white women are going to harass minority people simply for existing. They already treat black people like they’re dangerous, but wouldn’t it be nice to see the look on Golfcart Gail‘s face when it’s suddenly at the business end of a .44 magnum? Give that self righteous, racist bitch something to REALLY be worried about at your kid’s soccer game.

Worried that this will cause the police to over react and start shooting  minorities pre-emptively? Welcome to ALL OF AMERICAN HISTORY. You’re a little behind, but it’s only 250 years, you’ll breeze through it. Spoiler alert: Rich white people are the bad guys all along.

It would be interesting to see how willing ICE is to hassle Mexicans once everyone with a Spanish surname has a house with enough fortifications to give a Wyoming doomsday prepper a medically unsafe erection.

Being a straight white man in Western society is, effectively, playing life on “Easy” mode, and some of those straight white men are still so insecure that they have to make themselves feel tough by owning a small arsenal of assault weapons. Women and minorities have to be tougher than straight white men in all kinds of ways, just to survive. Imagine how terrified the Red Hat brigade would be if people who are objectively tougher than them start levelling the armaments playing field.

The only options to change this new, “armed minorities” situation will be to reform gun laws, or for racists to get off their current power trip in a big hurry.

Neither seems likely, but a man can dream…

Luke Haines is a British writer who probably hasn’t thought this through. For more bad ideas, follow him on Twitter @lukedoughaines