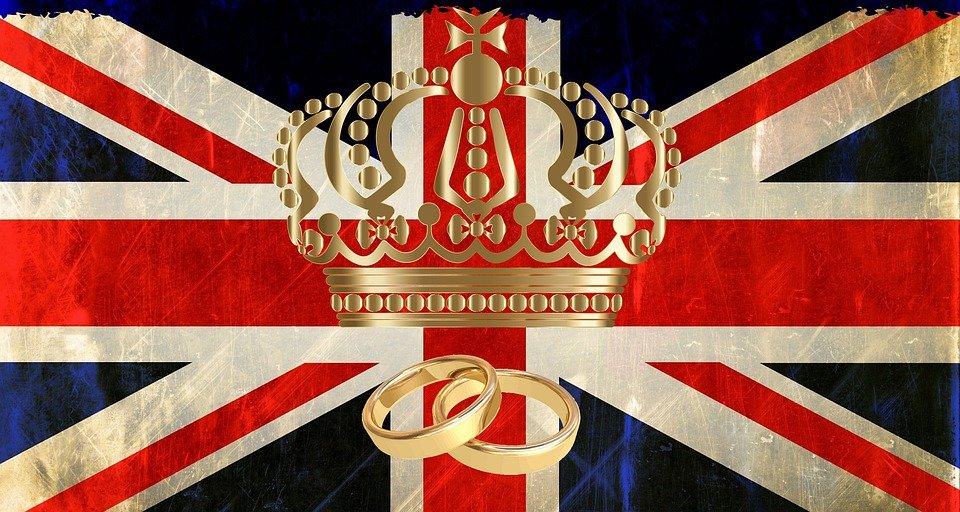 Is Trump still president? Has there been a nuclear holocaust? Has someone FINALLY cancelled The Big Bang Theory?

I ask because in the UK for at least the past week, the news has been entirely consumed with the wedding of Prince Harry and Meghan Markle.

It was the top eight stories on the BBC news site on Saturday (ninth was that plane crash which killed a hundred Cubans, meaning that the BBC considers one royal eight hundred times more important than any single brown foreigner, unless it’s the brown foreigner he’s in the middle of marrying.)

Even if, like me, you’re completely unconcerned with the wedding of a millionaire you’ve never met to an actress from a show you don’t watch, there’s no escaping the coverage. Just before the wedding, my phone buzzed with a “breaking news” alert that – shockingly – the guests had begun to take their seats.

Since the ceremony, the BBC news site has run at least one story per day, and almost every newspaper has had a daily cover story featuring the newly minted Duke and Duchess of Sussex. Vladimir Putin and Donald Trump could engage in a sexual blood rite on live TV in order to summon the dread Elder Gods from their prison beyond the stars, and it would be bumped to page two if Meghan bought a new hat.

I wish Harry and Meghan well in an academic sense, like any newlyweds. With the caveat that I’d like to see one of their families turned out of their palace so that they can stop subsisting on my tax money.

Harry might not even be biologically entitled (I use the term loosely) to live in the various royal properties. Whilst the LR.net lawyers would probably have a meltdown if I made any declarative statements, we do know that Harry’s mother, Princess Diana, had an affair with James Hewitt and, well, I’ll just leave this here… 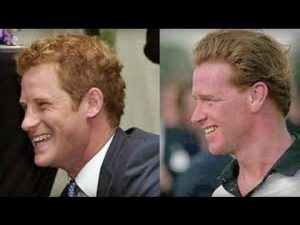 That’s Hewitt on the right, but you could be forgiven for not being sure…

The whole wedding has left me irritated with my own country; sick of the traditionalism and relentless fawning over millionaire relics from a bygone era.

In related news, the Rolling Stones are on tour.

Alright, so the Stones – whose posters have also been everywhere this week – aren’t as bad as the royals. They don’t take any money from me that I haven’t volunteered, and I love their music. I even paid an extortionate sum to see them in 2007, and they put on a great show.

The problem is, I saw them in 2007. My dad saw them in 1963 (they opened for the Swinging Blue Jeans, he tells me.) The Stones aren’t a symbol of the embarrassing, forelock-tugging social instincts of the English social class system in the way that the Royals are, but they are indicative of a calcified artistic culture across the western world.

Some of this can be blamed on the baby boom generation – they were the dominant social force for decades, so the things that they liked were bound to stay popular. And unlike the Swinging Blue Jeans, the Stones were savvy enough businessmen and talented enough at reinvention to stay both solvent and relevant. Nonetheless, when the boomers claim that music was better in their day (which may well be true) it’s worth considering why.

The Stones, the Beatles, the Who, Led Zepplin, all of the classic rock acts of yesteryear who are still popular grew up in a strong welfare state which allowed them to become artists. House prices were so low in the sixties that unemployed twentysomething musicians like the Stones could afford to live in central London while they tried to become blues musicians – an ambition which their last album proved that they sadly never fulfilled.

Still, the idea of young people living in their own house in London sounds laughable to modern ears. I’ve been working all week in Brixton, one of the rougher parts of London, and a one bedroom apartment opposite the job site, with a commanding view of the railway track and surrounding slums, costs half a million pounds.

Meanwhile, government funding for the arts has been repeatedly slashed until it’s almost non-existent. This started under Thatcher, which led to poor, angry young men with shitty instruments inventing punk, but ever since then there has been an inexorable slide into banality as the only people who can afford to be creative on a full-time basis are the people who are independently wealthy.

Ed Sheeran is the son of an art curator and lecturer. Chris Martin of Coldplay is the son of an accountant and excelled at Greek and Latin in college. Lily Allen may sound working class, but she’s the daughter of a successful actor. James Blunt is a privately educated kid whose father is a career army colonel. The fact that all of these people are from privileged backgrounds and at least three quarters of them make shitty music should give us all pause, because soon, this younger, blander generation of musicians is all we’ll have left.

2016 was an almost comically brutal year for celebrity deaths, but we’ll probably see a lot more like it. The aforementioned Rolling Stones are all over seventy. Bob Dylan and Tom Jones are both nearly eighty. David Bowie, Tom Petty and Leonard Cohen are dead, all from the ravages of age rather than youthful excess. We are entering a twilight of the gods and, because the boom generation asset stripped the advantages that they enjoyed and sold them off under Thatcher and Reagan, there will be no artists to replace the ones we lose.

When people bemoan the unoriginality of modern culture, with its incessant remakes and endless fairwell tours by aging rockers, they tend to ask the plaintive question “Why can’t we have new ideas?”

The truth of the matter is that the people who have new ideas are all busy working minimum wage jobs and trying desperately to survive. A living wage for all people, and a decent welfare state, would see a rejuvenation in art that would benefit the whole human race, just like the cultural boom of the 1960s did when young people could take advantage of all those things. Except, of course, there’s no money in that, and it is therefore worthless. As Oscar Wilde said, art has no purpose, but neither does a flower. Wilde may not have realised that without flowers the entire ecosystem upon which we all depend would collapse, but if anything it underlines his point.

How much great art – new, young, vital art – have we missed in the name of profit? If the welfare state of Britain in the fifties subsidised the working class and led to David Bowie, and the modern neoliberal world has given us Ed Sheeran, can there be a clearer indicator that we’re on the wrong track?!

At some point, the scales have to tip. So many boomer-centric cultural figures will die (not to mention so many of the boom generation itself) that young people will finally get a say. There will be no more appetite to churn out yet another Star Wars movie (the other poster I keep seeing everywhere), or for watching pensionable bands playing Greatest Hits set for five hundred dollars a ticket.

When that happens, we might finally begin to look for something new and enter a brave new world of art and music and film and theatre and who knows what else.

I won’t know about it, though. Because Harry and Meghan will probably buy a puppy and the news will never be about anything else again.

Luke Haines is a British writer who would have complained about the royal wedding sooner, but he has a day job and can’t write full time. Follow him on Twitter @lukedoughaines