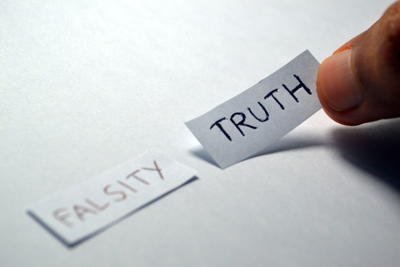 Very interesting piece in The Hedgehog Review, “Truth and Consequences: Untruth has been spreading with new ease and abandon, and often to undemocratic effect,” by Sophia Rosenfeld. In it, Rosenfeld argues that one of our greatest problems at the moment, and the reason we’ve got populist authoritarians (like Trump), is that we no longer have a concept of a shared, testable, universal truth. That is, we now find it acceptable, and even praiseworthy, if we announce that the world is flat, vaccines are poison, and conspiracies run the planet.

There is surely much in what Rosenfeld says. We do suffer, now, from an excess of self-important skepticism, and the reward of that hubris is things like despots in high places, and renewed epidemics (think measles) in our schools. So, let us follow her advice and do our best to establish in our society some concept of a shared reality, in which one person’s suffering or need is not another’s “fake news.”

That said, we should keep in mind that intellectuals and academics may or may not be the best groups to lead this particular battle. Let us recall that it was their “Post-Modernism,” with its rejection of objectivity and science, that did so much to pave the way for “alternative facts” and their ilk.

Simply put, yes, let the chattering classes begin the battle for a new, commonly held truth, but let them also atone for creating the need for that commonality in the first place.