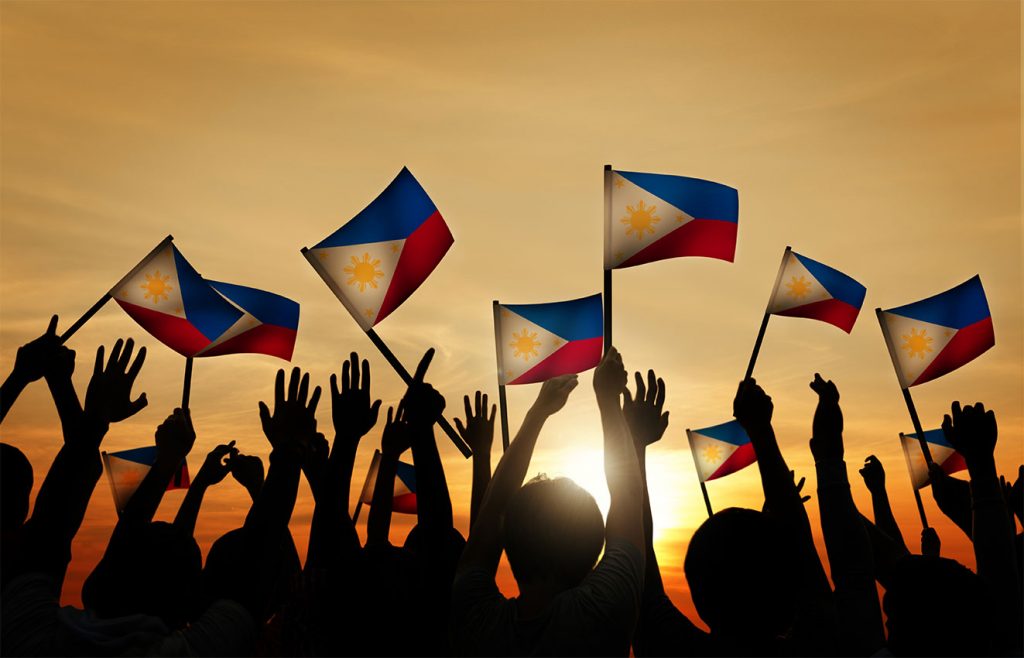 ... the Importance of a Political Experiment in the Philippines

Dedicated to Eva Ferraren – who symbolizes the courage and social-involvement of today’s Philippines.

As the Prophet he is, Mgr. Gudziak has recently defended the democratic principle of subsidiarity (allowing regional and local authorities fence for themselves, to the furthest possible extent). It is, indeed, an important pillar of democracy and of the European Union. In addition, it explains why the passionate fight of Cataluña for autonomy fired up an intense European debate.

Now, a country with great natural diversity, including ethnic and geographic, the Philippines, is trying out subsidiarity. In fact, as a survival tool in a geographically and politically very central part of their motherland.

What is the Experiment about?

The mainly Muslim people of the poor province of Mindanao in the Philippines have been asked by the Central Christian Government, if an autonomous region should be created – a move that would transfer some power from the Central Government, bring in more funding and give the region greater control of its natural resources. Politically, the new region would have its own elections in 2022, so that constituents would be able to vote for their own government, while the Central Government in Manila would still oversee policing and security. If successful, this experiment could lead to the establishment of a federal system for all of the Philippines.

Such encouragement of local self-governing is based on the principle of subsidiarity.(1) Subsidiarity is one of the main pillars of European Union and Alexis de Tocqueville wrote that it has “a civic dimension, since it increases the opportunities for citizens to take interest in public affairs”.

Problems in Mindanao – A legacy of Colonial Times

The Mindanao conflict is triggered by the centralism of the state that limits the self-governing power of the minorities, particularly the Muslims, in southern Philippines. This was true of all the colonial rules that had sway in the region. Moreover, it is a conflict of identities with a Catholic Central State, equipped with powerful means, mainly military, and a poor Muslim province, largely robbed of its natural resources.

The Moro conflict is an insurgency in the central Mindanao region of the Philippines. Due to marginalization produced by continuous Resettlement Policy sustained at start of Mindanao and Sulu inclusion to the Philippine Commonwealth territory of 1935, by 1969, political tensions and open hostilities developed between the Government of the Philippines and Moro Muslim rebel groups.

The Moros had a history of resistance against Spanish, American, and Japanese rule for 400 years. The armed struggle against the Japanese, Spanish, Americans and Christian Filipinos is considered by current Moro Muslim leaders to be part of a four-century-long "national liberation movement" of the Bangsamoro (Moro Nation). The American colonial government and subsequently the Philippine government pursued a policy of intra-ethnic migration by resettling significant numbers of Christian Filipino settlers from the Visayas and Luzon onto tracts of land in Mindanao, beginning in the 1920s. This policy allowed Christian Filipinos to outnumber both the Moro and Lumad populations by the 1970s, which was a contributing factor in aggravating grievances between the Moro and Filipino Christian settlers as disputes over land increased. Another grievance by the Moro people is the extraction of Mindanao's natural resources by the central government whilst many Moros continued to live in poverty.

The MILF and MNLF have expressed their commitment to peace and to finally ending the 47-year-old insurgency. Meanwhile, the offensive against Abu Sayyaf (5) and other splinter groups has continued, with skirmishes in Jolo, Basilan and other parts of Mindanao. President Rodrigo Duterte declared Proclamation No. 216, putting the whole of Mindanao under the state of martial law, and suspension of the privilege of the writ of habeas corpus. In 2017 the ISIS-affiliated militants laid siege to Marawi for five months, and the violence forced more than 350,000 residents to flee the city and the surrounding areas, as their homes were reduced to rubble by airstrikes and militant fire. For example, just yesterday a twin explosion killed 20 people on the island of Jolo, during Sunday mass outside a Roman Catholic Cathedral. The police said the dead included troops and civilians.(6)

Since the situation of a prolonged hybrid war, mixed with identity problems is common to the Ukraine and the Philippines, the result of the Mindanao referendum should give food for thought to whomever will be elected (or re-elected) President of Ukraine. If one looks into it, is president Poroshenko right in refusing to envisage a future federal solution for the Donbass and Donetsk regions (as it had happened to Crimea, let’s not forget the forged “public” vote)? Indeed, when Eastern Ukraine is liberated from the metal claws of Russia, what is the best political solution?

Sobornost – is it an Option?

The notion of Sobornost,(7) which comes from Russian word “sobor” – opposes the Western cult of individualism to the ideal of a united community.

In the context of the Tomos,(8) again an event mixing spiritual and political concepts, President Poroshenko and perhaps not only in the context of his re-election campaign, has heavily insisted on the concept of “one country – one church – one language”, which is the implication of Sobornost. Even before the Tomos was granted, he had often ruled out the possibility of a Federation with some degree of autonomy for Donbass, Donetsk and, of course, Crimea. For the re-constitution of a global identity for Ukraine at a time when the political and religious identity are of vital importance, it is intelligent and tactical. In the case of the Philippines, the formation of a new Muslim autonomous region could end a protracted conflict, which has claimed more than 120.000 lives since its beginning, peacefully. President Duterte, not known for a sense of compromise, was the mayor of a city in the province presently voting for greater autonomy. The fact that Duterte finally decided to apply the subsidiarity method, says a lot about the method itself. If ratified, the law would permit the creation of a new autonomous Bangsamoro region in the majority Muslim central areas of the Mindanao province.

So, in the long-run, if Mindanao comes to peace and out of poverty, whoever gets to be the new President of Ukraine, should ponder the principle of subsidiarity and the long years of peace and prosperity it brought to countries of European Union – too long torn by wars and inequality.

1) Subsidiarity - the principle that decisions should always be taken at the lowest possible level or closest to where they will have their effect, for example in a local area rather than for a whole country.

3) The Moro National Liberation Front (MNLF; Arabic: الجبهة الوطنية لتحرير مورو‎) is a political organization in the Philippines that was founded in 1972. It started as a splinter group of the Muslim Independence Movement. The MNLF was the leading organization among Moro separatists for about two decades beginning from the 1970s.

5) On 23 July 2014, Abu Sayyaf leader Isnilon Hapilon swore loyalty to Abu Bakr al-Baghdadi in a video, along with the rest of the organization, giving ISIL a presence in the Philippines. In September 2014, the group began kidnapping people to ransom, in the name of ISIL.

7) Sobornost - specifically : the principle of spiritual unity and religious community based on free commitment to a tradition of catholicity interpreted through ecumenical councils of the Eastern Orthodox Church

8) The granting of a tomos of autocephaly (a decree of canonical independence) by Bartholomew, Ecumenical Patriarchate of Constantinople, to the Orthodox Church of Ukraine on 6 January 2019.