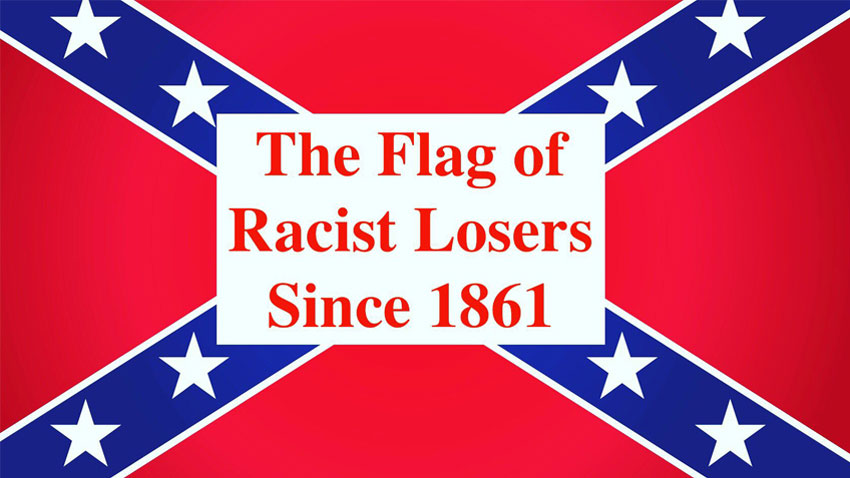 Many of my black family and friends have this running joke about stocking up on food and gas before passing through Mississippi and Alabama due to their not-so-pleasant racial histories. While states like Missouri have an official NAACP travel advisory due to dangerous cop pull over rates for African Americans, sadly, they are not alone. Others, such as Mississippi and Alabama, engage quite happily in harmful practices like voter suppression and other acts of discrimination, that target people of color on a regular basis.

So, imagine my chagrin when I found people lamenting their “harsh” judgment of Alabama due to Doug Jones’ historic win.

First things first, a shout out to the hundreds, perhaps even thousands of men and women who ensured black people’s voices were heard throughout the oppressive state of Alabama. You, my friends, are civil rights heroes, every single one of you! I cannot thank you enough for taking the time to help the marginalized find a way to work around obvious racism.

This isn’t about convicting the man without evidence, as we are not in a courtroom. This is about making a common-sense assessment of a person who would be placed into a position of power over others, kids included. Moore’s depravity was so well known in his area, that folks practically went into lock down mode wherever pretty young girls existed and he showed up. The man met his wife when she was 15 years old and he was even barred from a mall for hitting on young girls!  If you really think a man like Moore allowed a “2” or “4” behind the number “1” to stop him from getting what he wanted from impoverished and defenseless Alabama children, then I have a bridge in Brooklyn to sell yah at half price!

You don’t have to have a legal conviction to come to a reasonable conclusion about any man’s character. That’s all we humans ever go by when we hire someone for a job or decide to date an individual.  Adding to this assessment, we have Moore’s own words and deeds.  The fact he sought to ask the mama’s permission to court the little ones for example, indicates how young many of them were (hint:  below the legal age of consent).

This is man who is on record eulogizing slavery as the good ole days of Dixie. A man who in 1963, blocked two black students, James Hood and Vivian Malone, from entering a school so it could be de-segregated.

A man who said a Muslim should not hold public office.

A man who thinks gays deserved to be killed due to what he regards as a sexually depraved lifestyle, (revisit “Roy Moore, pedophilia” for irony.)

A man who, again, is on record saying we need to keep the first ten constitutional amendments and get rid of all others. Incidentally, that would mean eradicating the 13th,, which freed the slaves, the 15th amendment, allowing black males the right to vote and the 19th, which finally granted females access to the voting party.

Moore’s campaign spokesman, Brett Doster, tried to imply that media spin took the man’s comments out of context and called him – try not to laugh or cry – a champion of civil rights.

Hmm. Last, I heard, champions of civil rights didn’t try to bar black kids from going into an all-white school. Nice try though!

There are many who callously waved all this aside, citing the fact that they were more worried about the abortion issue, but that just doesn’t hold water. Why would anyone, who claims to love kids, turn a blind eye to Roy Moore’s potential abuse of teens? Wouldn’t they care about live children as much as unborn ones?

Instead, they appeared more than willing to sacrifice little girls on their alter of biblical self-righteousness, which, in and of itself, is sick.

The reality is that many whites in Alabama saw Doug Jones as a gay embracing, negro lovin’ Liberal who would side with undesirables and disrupt the gawd given supremacy order, something they just could not abide.  The abortion rights angle in their warped minds, lent a veneer of legitimacy to their decision to vote for a vile, kiddo sexin’ piece of garbage. “It’s not about racism or sexism, no, no, it’s ideological.”

Seriously, I still got that bridge if you want to buy it.

Doug Jones’ historic win ends a 25-year streak of Republicans claiming the Alabama senate seat.  Such a win is a step in the right direction to say the very least.  Even so, the state won’t find an apology forthcoming from me in regards to my impression of the core beliefs that many seem to hold. Will my outlook change on this matter? Perhaps, but as of today, I am unsure if I can visit Alabama with my mixed family and that we can feel accepted, protected and safe.