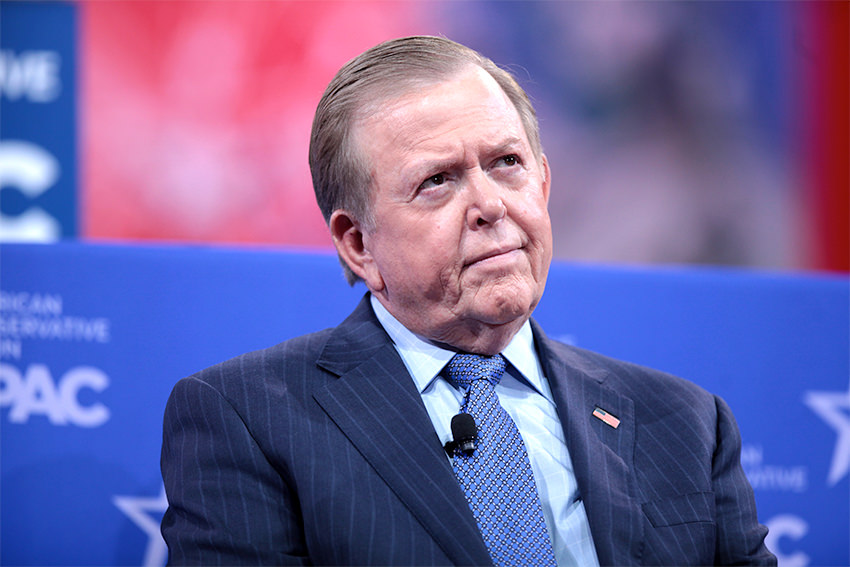 Just when you thought it couldn’t get any weirder…

Greg Price, writing in Newsweek, directs our incredulous attention to the fact that Fox Host Calls for War Against ‘Deep State’ and ‘Upper Levels’ of FBI and Justice. It seems that Fox anchor Lou Dobbs said on Tuesday night that it was time for all good Trumpsters to wage “war” against the FBI, the Justice Department, and all those other sinister representatives of “The Deep State.”

Of course, it’s not quite as surprising as you might think. As the FBI, the Justice Department, and other agencies have grown closer and closer to proving a link between der Drumpfster and high treason, his supporters have grown more and more hysterical. That there is a conspiracy against the President in “the Deep State” has become received dogma in Right Wing circles, of which Doobs…er, Dobbs…is a central wingnut.

Though, what is new is that this marks the first time, to my knowledge at least, that our current crop of Fascists have called for violence (at least implicitly) against police agencies. They’ve suggested that their more unhinged supporters should shoot at Liberals before, but not FBI agents. Now, however, that’s all changed.

The difference, of course, is that, well, there’s the thing…