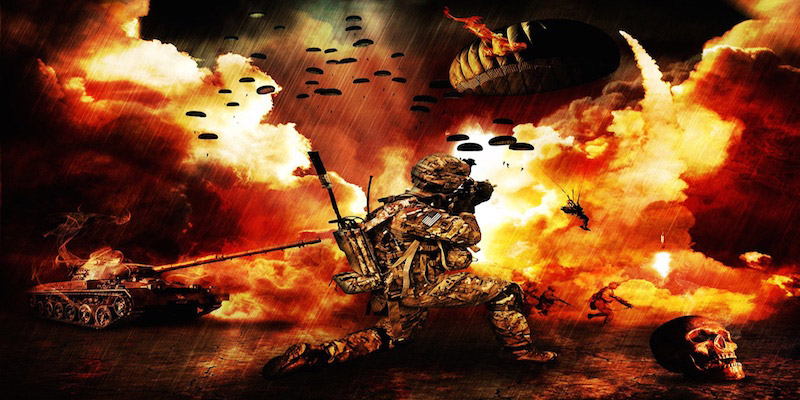 I’ve noticed a trend, history is repeating. And we, the people are the only ones who can stop it. We are barreling full-tilt towards a second Korean War. Now as bad as it was the first time, there is a real possibility this could trigger a global conflict.

So I’m doing this two part series on history repeating (part one) and why not only is war in the offing but why it won’t be like any other we have known. And, if I don’t run out of steam I could also explain why I don’t think we have long.

Firstly, why do I say history is repeating? Simple, but not so simple. Right now our culture is in the middle of splintering like what we saw in the heyday of the 60s and 70s. Just listen to some of the music and you will hear it. “Stop (children)” came on the radio recently and I was thinking about the words and realizing it still applies.

For those too young to know this rock anthem it says “stop, children, what’s that sound, everybody look what’s going down….”

As the refrain, a call for rational thought. “There’s a man with a gun over there (the war) telling me I got to be ware.”

Talking directly about the fact that the war wasn’t here. “So many people in the streets, 10,000 people maybe more….marching and carrying signs, mostly saying “hooray for our side”

That, a direct reference to the anti-war/pro war protests that got pretty heated. And here we are again but the line that stuck with me was “nobody’s right if everybody’s wrong” and again, we are getting to an everybody’s wrong mentality.

If we don’t change things, and soon it will be too late to stop this wag-the-dog war.

This fragmentation is exactly what they want. It makes it a million times easier when you can demonized everyone with labels.