You have to take your hat off to John “Papa John” Schnatter.

You might have some sort of fancy college degree in “Pizza Franchise Sabotage” or even a Reverse Advertising qualification from the New Coke School of Bad Ideas. Maybe you’re the guy that came up with that Kendal Jenner/Pepsi ad a little while back. Doesn’t make any difference.  No matter how smart you might think you are, I guarantee that you couldn’t fuck up a pizza business as quickly and decisively as Papa John.

Granted, Papa John laid the groundwork for his spectacular implosion years ago, when he insisted on the slogan “Better ingredients, better pizza” and then proceeded to make thoroughly underwhelming pizza. We should have taken this as a hint of things to come, but it was a different time – the company was founded in 1984, when a senile President was obliviously letting his rich cronies asset-strip the country to the detriment of the poor and the Russians were mired in Olympic controversy.

Alright, fine, but my point stands: We all ignored the signs that Papa John was an idiot. We didn’t even seem too concerned when, in an unusual move, John Schnatter plastered images of himself all over his pizza franchises instead of pictures of, y’know… pizza. “Nothing makes me hungrier than the dead-eyed stare of a middle aged Kentuckian clumsily invoking an Italian stereotype,” customers apparently thought.

Recently, however, Papa John got tired of waiting for everyone to notice his ineptitude and decided to go nuclear. First, he took a stand on the whole “take a knee” controversy, proclaiming that pizza sales were down because NFL players were protesting racism.

The logic here is a little tortured – one might just as easily claim that police shootings are caused by shitty pizza – but John’s thinking was that NFL protests were putting people off of watching football, and that if people weren’t watching football they were less likely to order pizza. Because – and we should never forget this – the really important issue in race relations in America today is pizza. 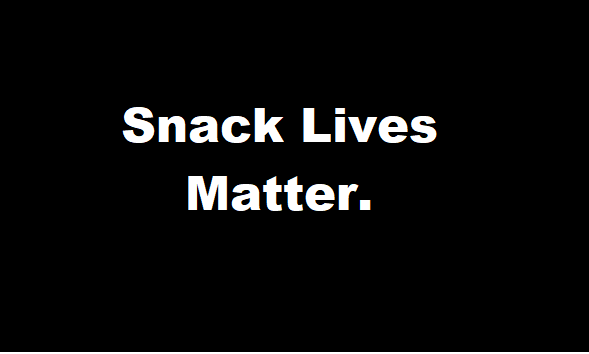 The blowback on this was, initially, what any thinking person would expect: People who thought maybe racism was a bigger deal than Papa John’s bottom line began boycotting the franchise in earnest. You’ll notice that up until this point, people weren’t avoiding Papa John’s for any particular reason except that there are ten better pizza places in every neighbourhood on earth, but the real genius of John Schnatter was to firstly make sure that people were deliberately not buying his pizzas, and then add Nazis.

Pro tip: Everything is always made worse by adding Nazis.

The alt-right, white supremacists and neo-Nazis felt a sense of kinship with Papa John – leading neurosurgeons have speculated that it was because all of the above are, clinically, “stupid assholes.” These people, like Papa John, didn’t approve of the NFL protests, and their palates craved the sort of bland food you’re reduced to if you rule out Mexican, Asian, and Afro-Caribbean ingredients. It was a perfect match, and Papa John was quickly adopted as the unofficial pizza of racist dickholes everywhere.

Roy Moore was put in an awkward position by it all. Between advertised-by-pedophiles Subway and endorsed-by-white-supremacists Papa John, the nation’s most prominent racist child molester was genuinely torn about his lunch options.

History has not, sadly, recorded how shareholders reacted to the whole debacle. I like to imagine at least one marketing team working late into the night to try to put a positive spin on events (“Give your dinner some pizazz-i, order pizza like a Nazi!”) but overall it was a god damned disaster. Papa Johns has had to take the unique step among pizza companies of officially distancing themselves from White Supremacy. Spokespeople for Dominos and Pizza Hut were contacted, but couldn’t be understood due to their ongoing pointing-and-laughing.

And so we arrive at today’s news that John Schnatter is to step down as CEO of Papa John’s. He will be, in effect, Papa no more. Perhaps he will visit the pizzas on weekends and holidays, but over time they will grow distant and come to refer to new CEO Steve Ritchie as “Papa.” Papa Steve will be the one pizza eventually asks to walk it down the aisle when it marries potato wedges, and John will end up living in a trailer, involved in a tumultuous relationship with some other racist food like…

…y’know, there really aren’t any. That’s sort of the point.

So singular were the achievements of “Papa” John Schnatter that they may never be equalled in our lifetimes. So, this Christmas, raise a glass to Papa John – he might not be the Papa of pizza anymore, but he’s now the godfather of incompetent, racially insensitive fast food moguls.