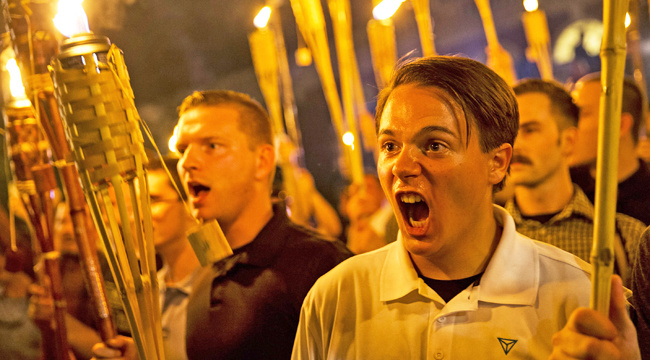 I have been fascinated lately by how easily politics in general, and Right Wing politics in particular, can pervert and destroy language, even reduce the most decent words to something genuinely quite vile.

Take “patriot” for instance. To be a patriot is, I think, a good thing. To defend your nation against enemies, and advance its interests, is noble—at least if your nation is doing noble things. Or even just half way decent ones.

But, now, in my current state of residence, there have been several organizations describing themselves as “patriot groups” who have been doing…questionable things. Two “patriot” (i.e., hard right) groups are mobilizing to oppose various laws that the most recent legislature passed — laws which mostly had to do (however remotely) with gun control and certain kinds of hunting. For instance, they object to laws that prohibit coyote killing contests, which is where heavily armed men and women compete for the number of animals they destroy in a certain period of time.

(I have no problem with hunting, particularly not if you eat what you shoot, and I understand the need to cull certain animals, like coyotes and wild pigs. Yet, there is a just something creepy about full grown people destroying things for the simple pleasure of destroying them, and doing so in a contest of speed. It is as distasteful as, say, “fishing” with dynamite.)

That’s the right of these “patriot” groups of course. They can organize and oppose any law they like, no matter how we might disagree with them. Where things, though, get more complicated is when “patriot” groups pick up guns and decide to act as an alternative to the police or border patrol. And, again, in New Mexico, we had a “patriot” group do exactly that. The “United Constitutional Patriots” went down to the Mexican line and “arrested” migrants (and others) at gun point.

Later, the press reported that the same group had discussed death squads that would take out liberals, notably Hillary Clinton, Barack Obama, and George Soros. Thus “patriotism” became a code word for assassination and terrorism.

And let us face it. That’s what the Right is doing to the word wherever it can. First, only Rightists can be Patriots. And second, Patriotism is coming to mean racism, violence, killing…more and worse. Thus, do a search for “patriot” on the web, and among the first terms to appear in your results is the Wikipedia article “Patriot Movement,” which is defined as “The patriot movement is a collection of conservative, independent, mostly rural, small government, American nationalist social movements in the United States that include organized militia members, tax protesters, sovereign or state citizens, quasi-Christian apocalypticists/survivalists, and combinations thereof.”

So I fear that in a very few years (maybe it is true already) you will not be able to use the word “patriot.” It will be offensive. It will evoke memories of horrible events. It will be one of those parts of history which you prefer not to recall.

And, if you know a bit of history, you’ll also know that it has happened before. Once upon a time, not terribly long ago, people who had been interested in socialism became concerned. Even before the Russian revolution, they saw that there was a real danger of totalitarianism in the state control of the economy. So, these idealists, cast about for some hybrid system that would combine the best of socialism with the best of traditional society — socialism with the nation’s well-being at heart.

Or, as they called it, “national socialism.” And the term remained simple and unassuming, the property of moderates and compromisers…

Until a certain dreadful man came to claim it.

How long will it be, I wonder, before we can no more say “patriot” than we can say “Nazi”…

At least not without a shudder.