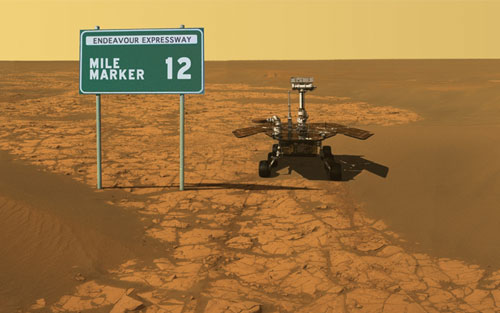 One additional word on the Mars Rover Opportunity: I suspect we needn’t grieve too deeply for Opportunity. I suspect that, eventually, we will return to Mars, either in the form of manned missions or, and I believe this is more likely, with vastly more sophisticated machines.

And, when that day comes, the little Rover will be rediscovered, dusted off, repaired, repowered, and then honored.

Which is surely all that anyone, or anything, could ask…

Michael Jay Tucker is the “sort of volunteer editor” of LR Net. He is also a writer and journalist who has written on topics ranging from the Jazz Age to computers. (Among his small claims to fame is that he interviewed Steve Jobs just after that talented if complicated man got kicked out of Apple, and just before the company’s Board came begging him to come back.)