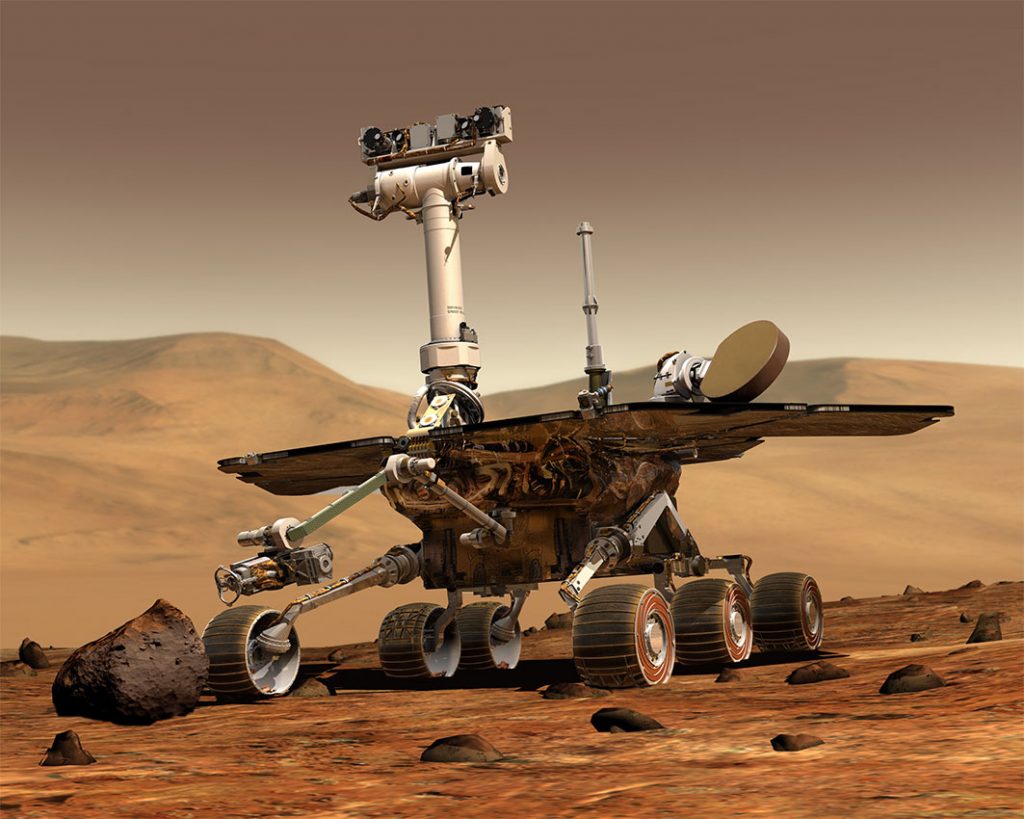 From the editor’s desk: So last week we all read about the Mars Rover Opportunity and how, after 15 years of unexpected service, it had finally perished in a uniquely awful Martian sandstorm. It even had a few rather touching last words, “My battery is low and it is getting dark.” Or, roughly that. The message was given a human touch and a touch of pathos by a science writer, Jacob Margolis. But, certainly, the grief expressed first by NASA scientists and then by the whole world was real enough. People who’d followed the mission for over a decade (I was one of them) felt as though they’d lost an old, and valued friend.

Indeed, I was startled by the level of emotion that was expressed on social media. Twitter was full of references to Opportunity’s heroic performance and sad demise. People were actually tearing up. And, full disclosure here, I did, too, particularly after I learned that the last message that NASA beamed to the little robot (in an attempt to wake it up) was a love song, “I’ll be seeing you,” performed by the great Billie Holiday. I defy you not to feel the heart strings get a bit of tug after that one.

That said, I am a little concerned by one fact: to wit, the Rover was a machine. It was not sentient. It was not R2D2 or some android from science fiction. It was not human. It was not alive. And while it is fine to feel sad about its demise, and even to personify it, nevertheless, it didn’t feel pain, or fear, or hunger. (Someday we will be able to construct devices, synthetic life, which can feel such things, but–as I write this in 2019– that day is not here yet.)

By contrast, there are a great many humans in this world …not even on Mars…who could use a few of our tears, and a bit more of our help. There are, for example, children dying of malnutrition in Yemen. There are children, too, here in the United States who know hunger and abuse and neglect. And there are people of all ages, all over the world, who are under threat of violence, unjust imprisonment, and exploitation of the most savage kind.

So, yes, grieve for the Rover if you like. But grieve by making an effort to improve the lives, or save the lives, of those humans here, on Earth, who need our help. If we do that, then not only would it be a fitting monument to the little robot who could, but also a fitting adventure, and one which match its odyssey on Mars. We would, through compassion, discover a new world, but here on Earth, where the hungry are fed, the imprisoned released, and the homeless are sheltered…

Thus to bring the brilliant light of stars and suns, exquisite and pure, to the planet.

Michael Jay Tucker is the “sort of volunteer editor” of LR Net. He is also a writer and journalist who has written on topics ranging from the Jazz Age to computers. (Among his small claims to fame is that he interviewed Steve Jobs just after that talented if complicated man got kicked out of Apple, and just before the company’s Board came begging him to come back.)