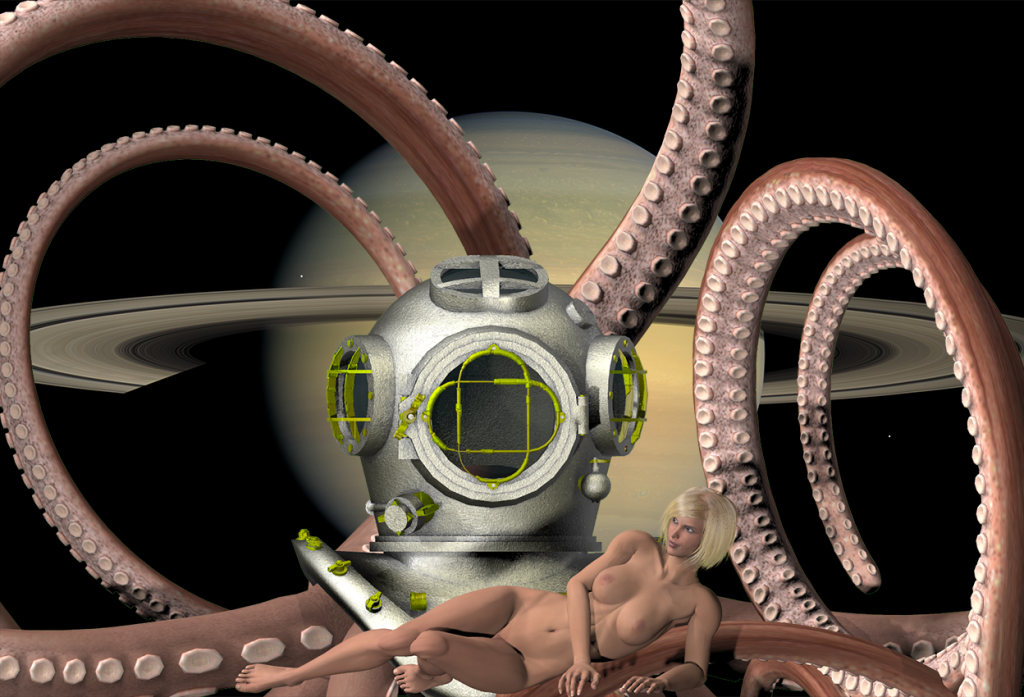 You’ll recall that Liberal Resistance dot Net has been steadily (some would say obsessively) following the recent affair of Tumblr’s decision to ban all “adult” material. The story means a lot to us because we’re opposed to censorship. Everyone here is a journalist, or a writer, or an essayist, or an artist…and free expression is what we’re all about.

But I ought to come clean. In the interests of full disclosure, I should reveal that I, too, have a Tumblr. In fact, I had a couple, though I shut the second one down a while back. The Tumblr blog that really matters to me is here: https://www.tumblr.com/blog/mjt1957

I started it some time back in an attempt to get a few more viewers for my little experiments in video and limited animation. I should explain that, too. I’ve been a writer of some sort for my whole life, but recently I discovered that I could take a few of my small autobiographical essays (the shorter ones), illustrate them with 3D images, narrate them, and post them to various places on the web. My video home, if you will, is at Vimeo. Again, if you’re interested, it’s here: https://vimeo.com/mjt1957

Now, there’s nothing particularly offensive or frightening about my videos. They’re very apolitical. I’m mostly just writing and speaking about my own experiences, some of which were good and some of which were very much otherwise. Probably my most successful video to date was an early one, She Who Flew, the story of a woman I knew long ago, and who sadly died in a moment of insanity:

More recently, I’ve been playing with other ideas. I tried to do a “visual novel,” but that proved beyond me. And, in just the last few months, I’ve experimented with videos that dealt with abstract concepts—spirituality, the sublime, and so on. Here’s an example:

But I think that in the longer run I will move back to doing something like stories, though (as before) based on incidents in my own life.

But there’s the rub. Will that always be the case? Will there come a time when, all of a sudden, some executive or (worse) a “learning algorithm” at the company decides that, oh, that video I did about my late father’s passing might, maybe, offend Christian Evangelicals? People who might buy ads or stage protests? Would my video suddenly vanish?

Or, consider this. As a joke, I once did a couple of cartoons about sexual encounters between humans and mysterious flying squid beings—perhaps set in a far future, and on a gas giant world, long ago colonized by humans and their human-hybrid friends.

As I say, I meant these videos as jokes, sort of. I didn’t think they were particularly sexy. And I’m certainly not a “tentacle fetishist” (no. Really. It’s a thing). I didn’t even know tentacle fetishism existed until after I’d done the videos.

My point? I no longer feel completely safe on Tumblr. I think the company and its masters have embarked on a journey that may be good intentioned, or maybe not, but either way could all too easily lead to a hell of their own construction.

That is, I fear that Tumblr will eventually become a place sort of like the TV sitcoms of the 1950s, where nothing was in the least bit challenging, nothing was controversial…and therefore nothing, absolutely nothing, was memorable.

And that will be terrible for us, and for Tumblr.

For evil is banal, but so, too…though we dare not admit it…the reverse is also true. Banality is evil. And, for the human soul…