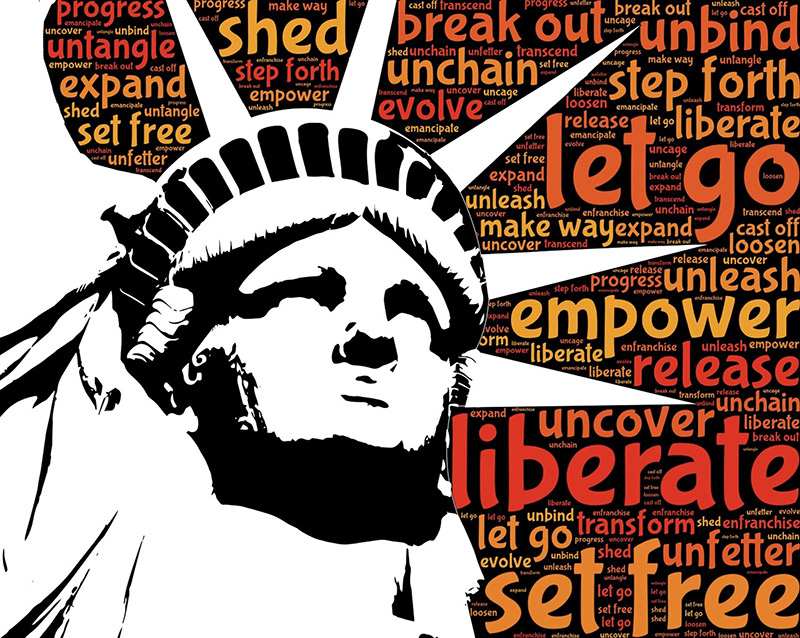 Today, LiberalResistance.net begins a new section, The Left Side Of The Mirror. And we’re looking for your help.

Who the f*ck are you, anyway?

No, seriously. Who are you?

And by “you,” we mean us. Those of us who are on the Liberal Left? Who are we? What do we want? And how do we intend to get it?

It’s important that we know.

Here’s why: Last month, we ran across an article on the Bill Moyers website entitled “Why I’m Not a Democrat,” by Bruce Bartlett. It was a fascinating piece. Bartlett is a former big-time Republican. He was an advisor to the Reagan White House, among many things.

But he grew disillusioned. He saw that “trickle-down economics” was a fraud. He discovered that the GOP was becoming inflexible and dogmatic. He became convinced that his own party was becoming a threat to the American nation.

Today, he is probably at least as much a liberal as we are…that is, those of us who consider ourselves to some degree left of Center, or even, just left of Ayn Rand.

But, he has never become a Democrat.

Why not? He has his reasons, and they are distressingly good. Like for instance, he has been rebuffed by the Democratic Party establishment. Apparently, the party elites, like the GOP’s, do not feel a need to hear opinions from “outsiders,” even if they are well written and well supported by evidence.

However, the really important reason…the thing that is genuinely vital…is that Democrats, he says, “lack a long-term focus.” Where the GOP in general, and the alt-right in particular, know exactly what they want, and exactly how they intend to get it, we don’t.

We stumble around in the dark, he says, doing whatever it is that we think will annoy the GOP, but never once consider what it is we, ourselves, want. We don’t have, he says, a clear goal. We don’t have (and this is key) a clear picture of the America we want to build.

Is Bartlett right? Well, maybe not entirely, but he may be right enough that we should be concerned.

So, what do we do about it?

We submit that here, and now, is a good place and a good time to begin defining our vision and ourselves. We submit that we need to say what we want, define the America we wish to build, and find ways of reconciling our many different visions in some fashion that we may unite behind a common goal.

To that end, LiberalResistance.net begins with this issue a new, regular section, “The Left Side of The Mirror.” In it, we will work together to find some unifying definition of ourselves.

And, again, “we” really does mean we. To get the ball rolling, the LR regulars will do a few of the first columns, and maybe a few others along the line. But, if this project is to succeed, we’ll need you to work with us. We want to hear from you.  Send us your suggestions, make your proposals, give us your comments.

And if you have a column you’ve written on the topic, please feel free to share it with us. We can’t promise we’ll publish it, but we will look at it, and take it seriously.

So that’s our challenge to you. Help us define us…the Liberal Left…that we may, in turn, define a future…

That is better, and brighter, and wiser…

Source: “Why I Am Not a Democrat: A disillusioned veteran of the Reagan White House has some advice for liberals,” Bruce Bartlett, Moyers and Co, June 26, 2017, http://billmoyers.com/story/im-not-democrat/