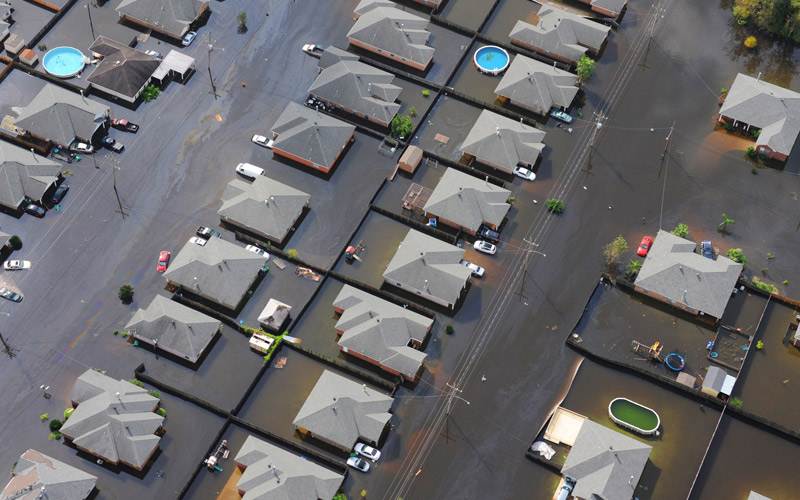 So, as I write this, the web is alive with liberal outrage about Donald Trump’s response to the flooding in Houston. It seems that our dear and glorious Commander in Chief, who daily gives instruction to God, has made a few faux pas in his response or lack there-of to the natural disaster which goes by the heading of hurricane Harvey.

To wit, he’s tweeted silly things. He has made unfortunate remarks. He headed off to Houston, with Melania Trump in tow…alas, looking (as the joke goes) a bit like “natural disaster Barbie.”

Still, Trump is at least giving lip service to Houston’s problems, and I am hoping that he does do something to help the people of Texas. I hope he unleashes the powers of the Federal government to be of service.

Yet, I wonder if he can.

And the reason I wonder such a thing has to do with another tragedy…long ago, and far away…in Ireland, in fact.

And that other tragedy may be instructive.

You know the story, of course. Ireland had become part of the British Empire in bits and pieces after the Norman invasion. The conquest was more or less complete by the time of the Tudors, and after that the island’s history was, in varying degrees, that of a particularly degraded rural colony of a not particularly gentle colonial power.

But, for us, the tale comes to a unique (and uniquely terrible) climax in the mid-1840s, when the island was infected with Phytophthora infestans, a.k.a., the Blight, which rendered Ireland’s dominant food crop, the potato, inedible. The result, of course, was a natural disaster on an unimaginable scale. Between hunger and disease, at least a million died between 1845 and 1852—and probably more. Records were, shall we say? Problematic.

And there’s the thing: it didn’t have to happen! Oh, the Blight was coming, no matter what. But not the Famine. The British government, and the Anglo-Irish gentry could have done far more to feed the people of Ireland. While there was a shortage of potatoes, there were food surpluses elsewhere in the empire which could have been shipped to the island. In fact, there were crops within Ireland itself that were unaffected by the disease (wheat, vegetables, meat, and so on) which could have been exploited.

And yet it didn’t happen. There were no relief ships sent to Irish ports, at least not until far too late. And foodstuffs in Ireland itself? They were exported for good profits to wealthy consumers abroad, while peasants starved amidst the plenty.

Why on earth was this allowed to happen? Well, there were a lot of reasons, and to be honest not all of them can be laid at the doors of the wicked, wicked English.

But, at least one of the causes for the Great Famine was that within Whitehall there was a strong faction that saw charity as a rather awful thing. Many in the House Of Commons were strident believers in the religion of laissez-faire. To give food away, for free, even to starving children, was thus profane…almost literally diabolic. It would, you see, deform the market. And the market was holy…not to be disturbed.

So, thousands and thousands of people perished in the name of economic theory.

The consequences, too, you know. Ireland was wounded as a civilization. Between death and forced migration, the island lost something like a quarter of its population. Nearly a century would pass before it really began to recover.

But, curiously, for England, too, there were consequences.  In the bare ten years between the beginning and the end of the famine, the Irish…both Catholic and, to a lesser extent, the Protestant…came to hate England and its empire. They became, overnight, deadly enemies of the “United” Kingdom.

Which would hurt the English. It would hurt them in Ireland itself…think the Easter Rising, think the IRA, think the bombings and the assassinations…and in the larger world. The Irish diaspora in the United States and around the globe would be tireless in its efforts against the hated enemy of England. As late as World War II, there were Irish-American activists who argued forcefully, and often rather cogently, against any American support of the British empire, which…after all…seemed not much different from any Fascist dictatorship, at least to them.

And all of this could have been avoided…with just a little compassion, or even just a little enlightened self-interest… on London’s part.

So, what has all this to do with Houston and Harvey?

This: any government is a collection of forces in opposition. The White House always has been and always will be a place where many different factions and ideologies compete for power.

In the Trump White House, I think, we can see this rather plainly. You have Trump himself, preaching whatever gospel it is that has occupied his frontal lobes at the moment; then, too, you have traditional conservatives and Republicans, some of them harking back to the days of Nixon and Eisenhower; and, then, you have (or rather had) the Breitbart crew that buzzed about Steve Bannon before his exit…

And, lastly, perhaps most important, you have the Big Money players—the wealthy men and women who have been funding and shaping the GOP for a very long time, now. Many are invisible, but at least some have revealed their faces in public, such as the Koch Brothers and Betsy DeVos.

And these people have an ideology. They might call it Libertarianism, or Objectivism, or anarcho-capitalism…but it all boils down to one thing, that the government is to be as small and inactive as possible, and things like charity and altruism are on some level evil, and if the poor and middle classes of Houston should drown like rats…well, tough shit for them.

Because, after all, if they…the middle classes and poor…had been genuinely intelligent and genuinely worthy, they would have arranged to be born rich.

It is this group…the anarcho-capitalists…who could be in charge of the White House right now. Bannon, after all, is gone. The Republican Old Timers are increasingly ineffectual. Trump remains a wild card, frequently following whichever voice is loudest and nearest to him.

And, at the moment, they are loudest. And nearest.

Which makes me fear for Houston. And for America…

Sir Charles Edward Trevelyan, 1st Baronet, KCB (1807–1886) was one of the British administrators who was supposed to deal with the Irish famine. At least in some accounts, he didn’t. At least according to some historians, he did his best to frustrate attempts to feed the hungry and the poor, partly out of a faith in free enterprise, and partly because he saw a little genocide as being quite a good thing for Ireland. In a letter to an Irish peer, he wrote that the famine was an “effective mechanism for reducing surplus population” in the country. He is also said to have said, that the famine was “the judgment of God sent … to teach the Irish a lesson,” and that the “calamity must not be too much mitigated.”

Was Trevelyan a monster? Well, he has his defenders, and some say he was quoted out of context. But, it doesn’t make any difference, because no matter who or what he really was, the Irish will hate him forever, and even now, many of them will not forgive the England he represented.

Which makes me wonder about the man playing the role of our President today…and the many, many latter-day Trevelyans who stand behind him…

What legacy will they have? When the floods at the end of the world drain away…

Leaving ruin, and horror, in their wake…

And maybe, too, leaving a deathless…endless…deadly hate.

Never to be overcome…

As wasting, as terrible, and as devastating…