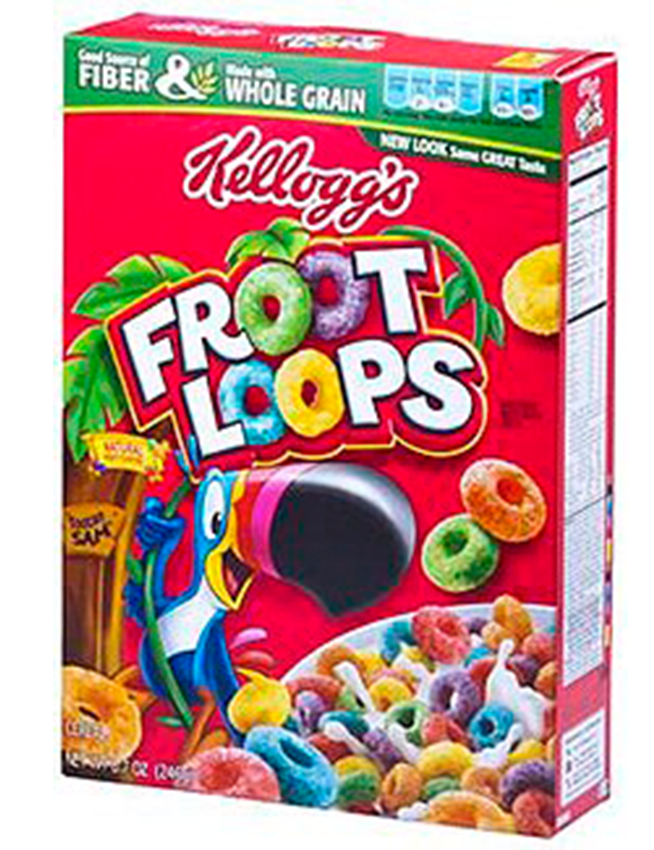 This article by Sebastian Murdock,  Donald Trump Thinks You Need ID To Buy Cereal, at Huffington Post is definitely thought-food.

So… Trump’s not only a serial liar, he’s a cereal buffoon.

Present story: Considering the venue (an interview with The Daily Caller), we shouldn’t really be too surprised at Trump’s hinge-less rant. He actually said this:

Now, that’s one of those brain-damaging statements: you shake your head so hard in shock and disbelief, it’s concussive. What can that possibly mean? And… the awareness that too many hapless souls nodded in agreement to that statement is equally jarring. What are they agreeing with?

A couple of possibilities are self-evident: 1.) Trump believes voter IDs come in a box of Rice Crispies or Frosted Flakes, or 2.) Trump believes you need a voter ID to buy milk and the Pebbles cereal you’re going to pour it on. (I don’t think Fred Flintstone would say “Yaba-daba-doo” to that.)

Backstory: At one of his manic rallies in July, in Florida, Trump said:

“You know, if you go out and you want to buy groceries, you need a picture on a card. You need ID.”

(You know… it could reasonably be asked: if you need ID to buy some Apple Jacks cereal to GET an ID… um, this could get complicated). Moving on:

I’m betting that at some point Trump will declare some sort of war on voter IDs… and he’ll pronounce General Mills as the victor over Kellogg’s at Battle Creek. And he’ll say it was in Minnesota, because that almost sounds like Michigan (you know: like that whole Baltic States/Balkans thing), and neither Kid Rock nor Ted Nugent will say much, as they only have balls against the Blue (Blue Balls?). And hapless souls will nod in agreement. Oh– and speaking of cereals, militarily:

Did Sugar Bear abandon his Post, and that’s why “Super Sugar Crisp” is now called “Golden Crisp”? Was Sugar Bear summarily executed? We need pseudo-answers: we have theories to be conspiracized, hapless heads to make nod, hinges to make “un”. Where’s Alex Jones when we need him? Will The Daily Caller call him out?

Did Sugar Bear not allow Voter IDs in his boxes of cereal? (There’s a theory that could gain some serious conspiracy traction!)

Which brings us full-circle back to conspiracy crap in The Daily Caller interview discussed in this article: voter fraud. Trump said:

So… they switch their red MAGA hat for their white MAGA hat. Or they they take off their rebel flag t-shirt and put it on backwards. Then they vote again? Suddenly Ethel doesn’t recognize Bubba when he comes back in to vote again?

Who, exactly, is going around in circles here?

Toucan Sam said “Follow my nose!”. I think that colorful beak of his is turning a little brown if he’s following that Froot Loop buffoon.