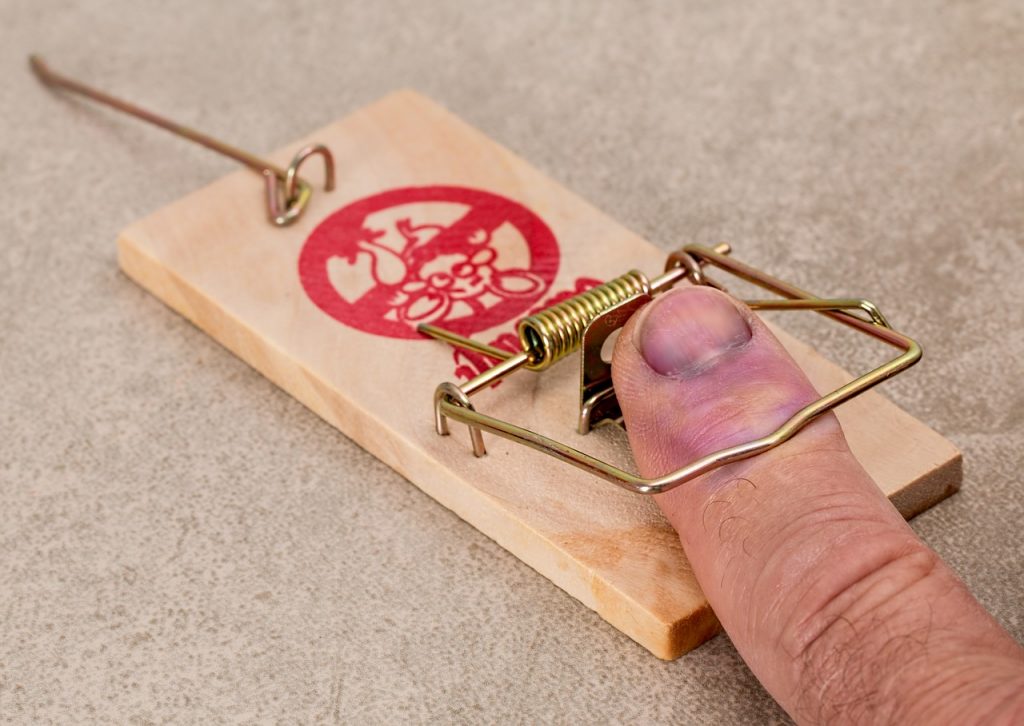 “We must not be enemies,” counselled Abraham Lincoln on the treatment of his political adversaries and, more importantly in his mind, fellow countrymen. “Though passion may have strained, it must not break our bonds of affection.”

Lincoln’s point is eloquently made and absolutely correct – it is important to try our best to see eye-to-eye with those we disagree with; to find common ground and strive towards unity and compromise in the hopes of improving a shared situation. Of course, that didn’t work for honest Abe, so he decided to shoot thousands of slave-owning traitors, teaching us a second, more emphatic lesson: Negotiation is preferrable, but if people won’t be reasonable, turn their worthless god-damned hick towns into smoking rubble and drive their racist asses into the sea.

With this in mind, let’s all gather around and openly mock some Trumpers who absolutely had it coming and who didn’t deserve tolerance in the first place. If you don’t approve of Schaudenfreude, let me say this: There’s always epicaricacy.

If you’re a functional human being with a brain and a moral compass, you might be unaware of Kathy Zhu, an Asian-American woman who made it her mission to gather as many Asian supporters for Trump as she could in 2016. Her spirit animal is a turkey who advised its friends to buy stocks in cranberry sauce come November.

In the course of her trip to the Dark Side (which, now that I think of it, is an ironic way of referring to a white supremacist movement), Kathy Zhu became friendly with Nick Fuentes. As you can tell by Senor Fuentes’ name, he is a Mexican American and all around empathetic guy who- Oh, wait, sorry, he’s an idiot Nazi man-baby who hosts some bullshit YouTube channel.

No shade at YouTube, by the way, I’m just not going to make the minimal effort to click on the “Nick Fuentes” search results tab that I’ve got open right this second to find out the name of his show, because fuck him.

Anyway, Kathy Zhu became pals with Nick Fuentes over their shared love of a senile bigot who had somehow become president. This seemed to be going great, right up until some of Fuentes’ fans took a dislike to Zhu, and started some fake social media profiles in her name. She was livid about this, and turned to Fuentes for support.

Yeah, the Asian American woman turned to a white supremacist friend for help. It went exactly as well as you’d expect, and now Kathy Zhu is upset about the whole thing. Which is objectively funny.

Newsflash for minorities: Nick Fuentes is NOT your friend.

Of course, we would ALL suspect Tracy Nuetzi of being in some way nefarious, with her unusual sounding name and her unusual sounding name. Clearly, she can’t be a REAL American – Real Americans don’t come from immigrant stock, except for the 100% of people who endorse the phrase “Real Americans,” who absolutely do come from immigrant stock because REAL real Americans got wiped out by white people and their smallpox and everything past that point has been a clusterfuck of immigration, finger pointing and violence.*

Tracy Nuetzi was born into a pinko, sissy, radically socialist country of dangerous crazies – or “Canada,” as some insist on calling it – to two American parents. In 2016, she voted enthusiastically for Trump. Unfortunately for Tracy, and hilariously for the rest of us, her driver’s license then expired and her commie, maple-syrup-stained birth certificate was no longer valid ID thanks to Trump’s clampdown on immigration law.

To get a new driver’s license, you need a photo ID, except that Tracy Nuetzi didn’t have one of those faggy, atheist “passports” that the libtards prance around with, so she found herself on ICE’s shit list. Sure, being a child of two American parents automatically makes a person an American citizen [for now], and Nuetzi claimed she had lived in America for sixty years, with only sixty years of evidence to back that up, but if she was an American citizen, why didn’t she have a passport to renew her driving license? And if she didn’t have a passport, why didn’t she get one by proving she was an American citizen? Like with a driving license? Or a passport? Check mate, socialised healthcare propaganda agent Tracy Nuetzi. Chalk up another one for Trump’s foolproof immigration policies.

After being granted a three month break in her case, during which Ms. Nuetzi had to track down both her mother’s birth certificate and by extenstion evidence that her grandmother had been born in the U.S., Ms. Nuetzi was eventually allowed the grudging admission that she was not, as yet, an enemy of the state and could stay in America with a new passport.

“I don’t think anyone should be treated like that, period,” said Ms. Nuetzi, who claims she will still vote Trump in 2020, neatly proving that stupidity has no medical cure.

*This concludes my TED talk on the history of America, thank you for coming.

Rudy Giuliani is a great American success story. A second generation immigrant and son of a criminal father, he is proof that with hard work and shameless corruption, even a deeply stupid and permanently confused vampire can make good in America.

Giuliani is the weak link in the Trump Criminal Empire, which is in itself impressive. The old card playing addage is that you should look around the table and try to work out who the sucker is, and if you can’t see one, leave, because it’s probably you. The problem with the Trump inner circle is that they’re ALL suckers, and that means nobody has noticed Rudy.

In a pseudo-Mafia clan run by a senile huckster who couldn’t turn a profit running a casino, and populated by people like Jared Kushner and Donald Trump Jr., Giuliani is still the biggest fuck up on the team. It’s a crime family where everyone is Fredo Corleone, so Rudy Giuliani is something even more useless – the fish that Fredo caught before he was shot and never reeled in, still on the hook and dragged to the bottom of the lake behind the sinking corpse, too stupid to know what’s going on and no less doomed for it.

If he weren’t such a blustering, unlikeable caricature of a crooked lawyer, you could almost feel sorry for him.

A Whole Bunch Of Illiterate Folks.

A quick Google of the phrase “Trump Regrets” will turn up the Twitter feed of the same name, which highlights Trump voters who have begun to think twice about their decision.

In what shouldn’t really be a surprise to anyone, the sort of people who thought Donald Trump was a smart choice for President in the first place don’t tend to be the brightest bulbs…

These people are so stupid that they…

They’re so dumb that… uh…

…okay, look, Lincoln had a point. 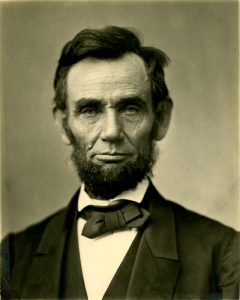 I sometimes make good points too, and nobody puts MY face on a god damned mountain…

Are the people in those tweets stupid? Yes. Again: You have to be dumb to not see through Trump in the first few minutes of encountering him.

But those people are also admitting that they were wrong, and that’s tough to do. A lot of very smart people never manage to admit they’re wrong. They are not our enemies. We should not be enemies. Those people were dumb and made a mistake. The might still be mistaken about vaccines or even basic spelling, but they’re trying to do better.

The people we should be treating like enemies are the people that are STILL behind Trump. Because the ship of reason has sailed – even people as dim as the ones above know that Trump is a criminal disgrace. There are no reasons left to support him except racism and fascist bloodlust and misplaced self interest.

Which is sort of fine. Like all criminals, Trump WILL bring down everyone connected to him, simply because they’re dumb enough to still be connected to him. He’s going to do the most damage to his most ardent supporters.

They’re going to deserve every second of it.