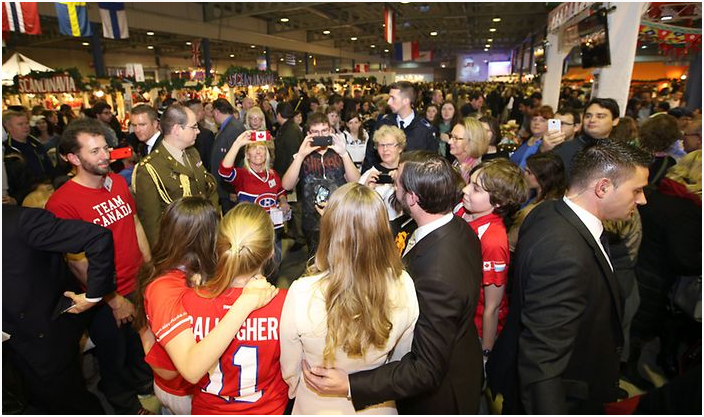 At a time of Wall Building, physically and politically, the happy leader of one of the smallest states in the world reminds us that diversity pays [off]. In his New Year’s address to the Nation, Henry, the Grand Duke of Luxembourg paid a long tribute to the many foreigners residing in the Grand Duchy of Luxembourg.

The business and social success of that small and diverse nation is largely due to multiculturalism: three official languages and a constant presence of people not from Luxembourg residing in Luxembourg, may it be for business or pleasure. The latest blessing of such multiculturalism is the free public transportation for all. Yet the Luxembourg-born Luxembourgers, true to their motto – “We want to remain, what we are” … And becoming a citizen implies passing a rather demanding test of the very specific and difficult Luxembourgish language.

The embrace of diversity started over half a century ago by encouraging, essentially, working class Portuguese to migrate massively to the Grand Duchy of Luxembourg. The newcomers helped with mostly with construction and domestic services and by now their children are completely adapted, if not assimilated. As the center of many EU institutions and numerous international banks, Luxembourg attracted many highly competent and young Europeans too, who transformed with time a rather conservative, previously rural country into an exquisitely cosmopolitan vibrant place.

The International Bazaar displaying the food, clothes and cultures of the whole world is a symbol of the Luxembourgian diversity. Why build walls?