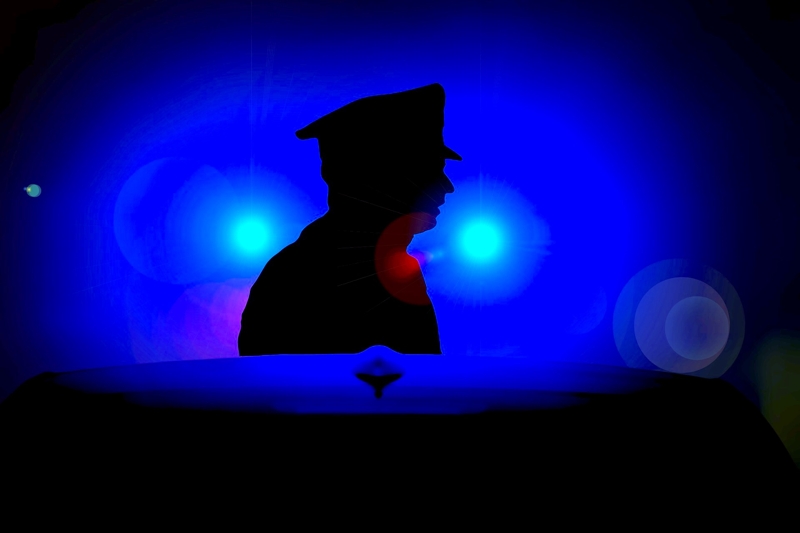 In 1971, an aggressive super-cop burst onto the scene in the U.S. and captured the national zeitgeist with a few simplistic, angry, and memorable lines such as “go ahead, make my day,” and “do you feel lucky, punk?”  This super-cop was Harry Callahan (played by Clint Eastwood) in the smash hit film Dirty Harry.  Eschewing convention, bureaucracy, and even the law itself, Inspector “Dirty Harry” Callahan went about solving San Francisco’s violent crime problem vigilante style.  He routinely broke the law, violated citizen’s civil rights, disobeyed direct orders from his long-suffering police chief, and generally wreaked havoc and left a path of destruction in his wake.  He followed, surveilled, harassed, beat, shot and shot at, “punks” and “bastards,” and “especially spics.”  At one point in the film, another cop informs the audience that Dirty Harry is fair, because “he hates everybody: Limey’s, Micks, Hebes, Fat Dagos, Niggers, Honkies, Chinks, you name it.”  It is worth noting that the label “dirty Harry” was anything but a pejorative one.

The film made an unexpected splash when it premiered and went on to become the fourth highest grossing film of that year, earning some $36 million on a $4 million budget.  The film enjoyed an overwhelmingly positive critical response.  Some critics praised the film even while recognizing “its fascist moral position,” according to Roger Ebert.  Similarly, audiences thrilled at the rogue cop smashing his way through the city in pursuit of the bad guys.  Dirty Harry cut through the red-tape and bureaucracy that stood in the way of his dispensing justice.  He had no time for Habeas Corpus, or Miranda rights (decided by the Supreme Court only 5 years earlier in 1966), and certainly not for political correctness.  What is most surprising about the film’s reception is that it came on the heels of the 1960s, a period during which an enormous popular movement pushed the country and its political, judicial, and law enforcement leadership sharply in the direction of greater civil rights, justice for all, and legal protections for citizens.

At least part of the explanation for the enormous popularity of the film (the success of which spawned several more in a franchise and many copycats), had to do with a certain backlash coming out of the sixties.  During the 1970s, the economy tanked, the Vietnam War continued to hover over the nation’s political, economic, and even cultural life, and so-called “white flight” from “rust belt” areas of the former industrial heartland in the Midwest sped up, leaving many towns and cities near bankrupt and people increasingly desperate—especially among the working classes, both black and white.  In 1968, Richard Nixon had both recognized these tensions and stoked them by calling for increased “law and order.”  In part, Nixon’s rhetoric sought to take the air out of his much more acerbic and overtly racist southern competitor, Alabama governor George C. Wallace.  His use of law-and-order language deftly conflated issues of racial tensions growing out of the Civil Rights movement, divisions over the American conduct of the war in Vietnam, and a range of tensions around issues of class.  Following a squeaker of an election win in 1968, the Nixon administration used the law and order language, then as now, as a dog whistle to capture those Americans, overwhelmingly white, who felt marginalized and left out, who were resentful and bitter about what had been happening in the country during the previous decade.  All of this was part of a broader “southern strategy” the administration would use to piece together a new political majority from the splintered pieces of the old New Deal coalition.

Within a short few years, all sorts of words, such as crime, welfare, busing, government spending, taxes, drugs, and individual responsibility/morality, became loaded with special meaning within an emerging partisan political culture.  One no longer needed to speak honestly or with clarity on issues of race or class.  This coded language was more than sufficient to communicate to an emerging constituency that might be ashamed to embrace such perspectives and tendencies openly.  It simply was no longer fashionable to be openly racist or reactionary.  For instance, Nixon’s domestic advisor John Erlichman revealed the actual reasoning behind the war on drugs in an interview in 1994:

“The Nixon campaign in 1968, and the Nixon White House after that, had two enemies: the anti-war left and black people.  You understand what I’m saying?  We knew we couldn’t make it illegal to either be against the war or black.  But, by getting the public to associate the hippies with marijuana and blacks with heroin, and then criminalizing both heavily, we could disrupt those communities.  We could arrest their leaders, raid their homes, break up their meetings, and vilify them night after night on the evening news.  Did we know we were lying about the drugs?  Of course, we did.”

This was not new information in 1994.  Over a decade earlier in 1981, key Republican strategist Lee Atwater similarly explained what lay behind the careful language of the southern strategy:

“You start in 1954 saying ‘Nigger, nigger, nigger.’  By 1968, you can’t say ‘nigger.’  That hurts you.  Backfires.  So, you say stuff like forced busing, state’s rights, and all that stuff.  You’re getting so abstract now that you’re talking about cutting taxes.  And all these things you’re talking are economic things and a by-product of them is [that] blacks get hurt more than whites.  And subconsciously maybe that’s part of it.  I’m not saying that.  But I’m saying that if it’s getting that abstract, and that coded, that we are doing away with the racial problem one way or the other—you follow me?”

In any case, the strategy worked.  Nixon and Co. guessed right; there was indeed an anger and a resentment among a large number of white Americans.  For many, these coded appeals rang with a certain truth and a message they’d longed to hear.  Dirty Harry came along and played to these trends remarkably well, for he, too, was fed up.

When Donald Trump pardoned Joe Arpaio, former Maricopa County, Arizona Sheriff, he also tapped into this phenomenon.  Arpaio’s tenure as Sheriff profoundly offends most people—his tent camps for prisoners became houses of horror, he forced male inmates to wear pink underwear, to endure intense Arizona heat that melted shoes, he conducted “immigrant round-ups” aggressively entering neighborhoods and homes and rounding up people without cause, and under his command police engaged in profiling with abandon—the latter issue earned him the official rebuke, which he was subsequently found guilty of violating.  This list goes on and on.

Certainly, the decision to pardon Arpaio is a naked play to elements of Trump’s so-called base of support in near constant need of this sort of pandering.  But there is something else to it.  Trump is simply employing a decades-old strategic device here.  There are clearly many in this country who prefer to think of the former sheriff as Dirty Joe, the beleaguered cop who is all that stands between good, honest, tax-paying white folk, and all those “bad hombres:” poor folks, and immigrants, and other people.