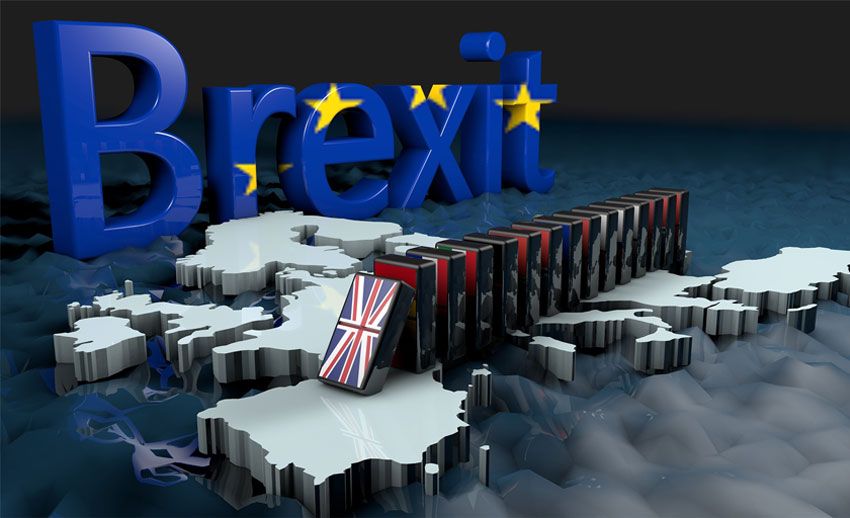 It’s interesting how national stereotypes find their way into strange places. While America has its big, bombastic, flashy political meltdown in the form of Donald Trump, Britain has been busy with its own more understated, slow paced version in the form of Brexit.

Think of Brexit as being like the original British TV series before the inevitable, big budget American remake, if both series were about how the electorate could inflict the most possible damage on their home nation.

Every so often, a geopolitically savvy American – by which I mean one who has seen a globe and noticed the other countries on it – will ask how the whole Brexit thing is working out and I will try to respond in a concise, clear manner but ultimately end up shrieking and setting fire to things as I do an interpretive jazz dance on the theme of “we’re all irreparably fucked.”

If I were to explain the Brexit situation in words, it’s essentially this: We’ve declared that we’re leaving the European Union in early 2019, and we’re currently negotiating with Europe about how we accomplish that.

Past that, nobody – and I mean nobody – has any idea what’s going on.

It emerged in the news this week that the government has not yet really looked into how leaving the EU will affect anything at all. In a painful conversation, the Brexit Minister was forced to admit that there had been no impact studies done so far on what’s actually likely to happen.

With roughly a year left on the clock, we haven’t even nailed down where the U.K. is, exactly. I don’t mean in terms of negotiation, I mean in the fundamental, geographical sense. The United Kingdom of Great Britain and Northern Ireland, to give us our full title, is comprised of England, Scotland and Wales, plus Northern Ireland. SOUTHERN Ireland is still going to be part of Europe, but nobody in any part of Ireland wants a hard border between Europe (Ireland) and the UK (Northern Ireland.) Despite knowing what they don’t want, nobody can agree on how to make a “soft” border. It’s a good job the issue of the British owning Northern Ireland has never been a sticking point before, otherwise it could lead to trouble…

If that weren’t bad enough, there’s Gibraltar. Gibraltar is a tiny rock outcrop on the southern edge of Spain, just above North Africa, that is owned by the British since our Empire days. It’s of vital tactical importance if you want to get warships either into or out of the Mediterranean Sea, which is why we hung onto it.

The people there consider themselves to be fiercely British and are governed from London. They’re also completely surrounded by Spain, which – and stop me if you know this already – is a part of Europe. Nobody has the slightest idea of how to deal with the Gibraltar situation, so one bright spark in government decided the best solution was to pre-emptively declare war on Spain.

When we’re not having fun pretending it’s the Falklands – or perhaps the late sixteenth century – again, we can’t even keep things running smoothly on one, agreed-upon landmass. With Scotland having voted to remain IN the European Union, and their vote being outweighed by the combined votes in England and Wales, we’re not just looking at Britain leaving the EU but potentially Scotland seceding from Great Britain. A vote on that exact subject a few years ago went down to a knife-edge 5% majority of Scottish people in favour of Scotland remaining part of the union. Post-Brexit, it can’t last.

The upshot of all this is that the UK is heading for the Brexit cliff with no plan, no preparedness, and a lot of useless finger pointing and squabbling between politicians. It’s looking increasingly likely that Britain will leave the EU with no final agreement reached on anything – not trade, not borders, not taxes, nothing.

If this happens, it is at least superb news for America – specifically, the always gung-ho American Libertarian movement.

For years, Libertarians have argued that the government should be cut back and regulations done away with.

Sure, countries with no governance and no regulation already exist – Somalia is often touted – but they probably speak some sort of foreign language and Americans hate that.

As soon as Britain leaves the EU, it’ll probably descend into a unregulated, lawless shambles where it’s every man for himself. An English speaking, Libertarian paradise.

So please, Americans. Send your Libertarians to the UK any time after Spring 2019. It’ll be what they’ve always wanted, and once their houses are empty I can come and live in one.

Because Trump is a maximum eight year fuck up. Brexit is forever.