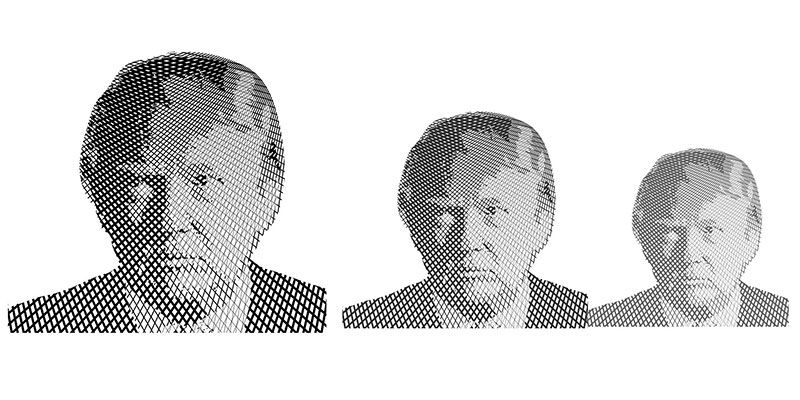 Sometimes, the Trump presidency feels like some sort of sewage-based rollercoaster. Sure, it’ll get your heart rate up and it contains a lot of unexpected twists, but even looking at it too closely makes you feel like you need a shower and experiencing it firsthand feels like being constantly pelted with shit.

This is not, incidentally, to confuse it with Trump’s vacation in Russia, which apparently involved more of a urine-themed trampoline.

As people suffering through the Trump coaster will know, there comes a point where you find yourself asking “How much more of this shit do I have to take?!”

Honestly? Maybe not that much. Let’s take a semi-serious, totally-unqualified look at the odds-on Donald J. Trump dropping dead before the end of his term.

I should stress that this is not in any way designed to encourage violence towards Trump’s person—those who oppose Trump are those who are in standing in favor of tolerance, empathy and science, so shooting the fat fuck, however tempting, would sort of undermine our position.

Rather, I want to look at how likely it is that Trump will do the world a favor and expire before 2020.

Even ignoring the four who were shot dead by deranged lunatics, it’s still a risky proposition being President—another four incumbents have died in less spectacular circumstances.

It’s a minor miracle that Trump hasn’t already gone the way of William Henry Harrison—both were older men and both, evidently, were idiots. Whilst we don’t have Harrison’s Twitter feed to confirm this… 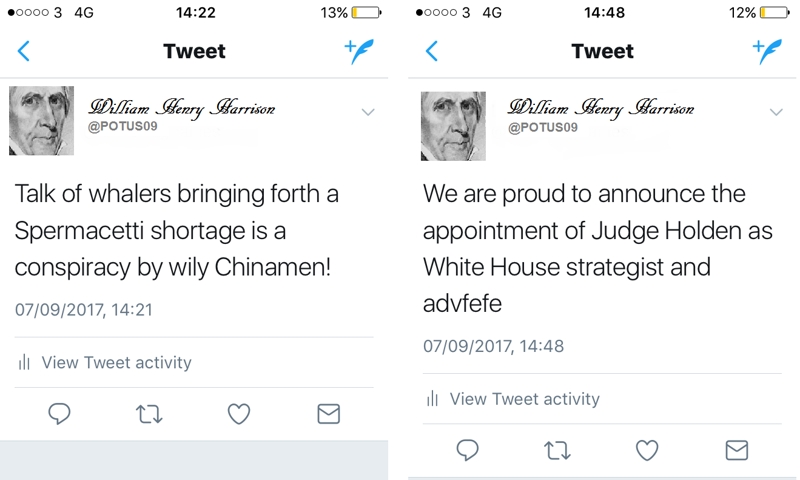 …we have the fact that he was determined to prove his physical toughness in spite of his age, so gave his inaugural speech in his shirt sleeves. He caught pneumonia as a result and died a month later, having been comatose for most of his term. (As a percentage of a presidential term spent oblivious to everything around him, he currently ties overall with George W. Bush.)

Even ignoring the fact that two of the “natural” presidential deaths are suspicious, an in-job death rate of 12% would give most people pause about their career even if they weren’t, like Trump, an aged heart attack on legs who is almost universally despised. The very act of being president might be enough to do Trump in.

Discovery Channel can make all the ice-trucking, crab-fishing shows they want. The most dangerous job is in the White House.

2.He has a high testosterone level.

Trump supporters were over the moon when their man’s physical exam showed that he had a high testosterone level—as if that’s ever been a barometer of sound decision making. In any situation, the best way to solve it is almost never “the most macho way possible”—just ask anyone who has been unable to catch a fly in their house and so decided to go after it with a flamethrower.

High testosterone is not, however, just a likely indicator of foolhardiness. It has also been linked, according to the Journal Of Clinical Endocrinology & Metabolism, with an increased mortality risk, especially in older men.

It feels as if high testosterone levels are supposed to kill men off by spurring them to do stupid things early on in life, and if those men are never in harm’s way—if they are brought up as pampered, rich daddy’s boys, say—then at a certain point nature just gives up and has testosterone kill them anyway.

One could almost forgive Trump his rambling, delusional speeches if they could be blamed on drugs or alcohol. In fact, if the smart money weren’t on senility, people would probably assume from his meandering train of thought and general inarticulacy that Trump had warmed up for every public appearance with a few Jaegerbombs and a martini.

Unfortunately, this isn’t the case, as Trump is teetotal.

Trump has never seemed like he’d be any fun. Like many billionaires, he long ago pinned every scrap of his self-worth to the almighty dollar and as such is incapable of enjoying art or music or conversation, or anything at all other than the blind, hollow acquisition of more and more wealth. As a result, it’s not surprising that he doesn’t ever kick back with a few beers and bullshit with his friends, but it is a little odd that the reason for that isn’t just that he has no friends—it’s that he also doesn’t like beer.

More important than the depressing state of Trump’s social life is that it’s a tacitly accepted medical fact that booze is good for you. Doctors have said for years that everyone should drink the odd glass of red wine for the sake of their health, but occasional beers are also good for bone density and the gin & tonic was invented as a preventative measure against malaria.

The truth is that although excessive alcohol consumption is unhealthy, and the longest-lived people are the ones who imbibe in moderation, even heavy drinkers outlive one other statistical group: Teetotallers.

The US National Institute on Alcohol Abuse and Alcoholism—winners of “least snappy name” at the National Bureaucracy Awards six years running—estimates that 26,000 lives are saved every year by moderate drinking due to its preventative action against stroke, heart disease and diabetes. Stroke, heart disease and diabetes are three of the top five killers of American men aged 65—74. Additional risk factors for such conditions are a fatty diet and low exercise, as well as high blood pressure, which dovetails neatly with the fact that…

4.Stress is a killer.

Trump is not the first corrupt president. He’s not the first incompetent to hold the office. He might be the most corrupt and least competent, but what’s truly galling is his laziness. Even the shittier presidents of yesteryear knew how to put a day’s work in, whereas Trump spends most of his time on Twitter, the golf course, or at rallies he has organized for himself.

In spite of this, he is occasionally forced to do some half-assed facsimile of carrying out his duties, and even this would be hard work. It’s no secret that the office of the president takes an enormous mental and physical toll on the men who hold it—pictures show how they tend to age much faster than the rest of the population during their tenures. Even with Trump’s patented, shoddy approach—let’s call it Presidency Lite—there are still many difficult and complex decisions on a daily basis on which only he can have the final say.

This would clearly put mental strain on anyone, and Trump is not a man equipped to handle that strain. He’s a rich boy who has always got what he wanted, and if he didn’t get it, he’d throw a tantrum. This is still his approach to the world, and it’s one that won’t gain much traction in his current job. Already, Trump has been thwarted in almost all of his legislative attempts, and if his reaction to being beaten is to throw a hissy fit, he’s going to be in a state of almost permanent conniption by Christmas.

Although this is undoubtedly hilarious to watch for the rest of us, those who care about Trump should be worried.

…Okay, I’ll rephrase: Those who rely on Trump as their meal ticket should be worried. Stress has been linked to a number of medical conditions, not least the aforementioned heart problems and diabetes, and stress has also been implicated as a factor in Alzheimer’s disease. If Trump doesn’t have it already, he may do soon if he doesn’t learn some diplomacy, an outcome which already seems hugely unlikely.

When all of these factors are combined, it seems pretty likely that Donald J. Trump might be the man to push the in-office mortality rate of US presidents back up to 20%.

Which would be a tragedy, as I don’t have ANY good Mike Pence jokes lined up…

Luke Haines is a British writer who had to Google so many combinations of “President” and “dead” for this article that he’ll probably be filing the next one from an FBI holding cell. He occasionally tweets as @lukedoughaines