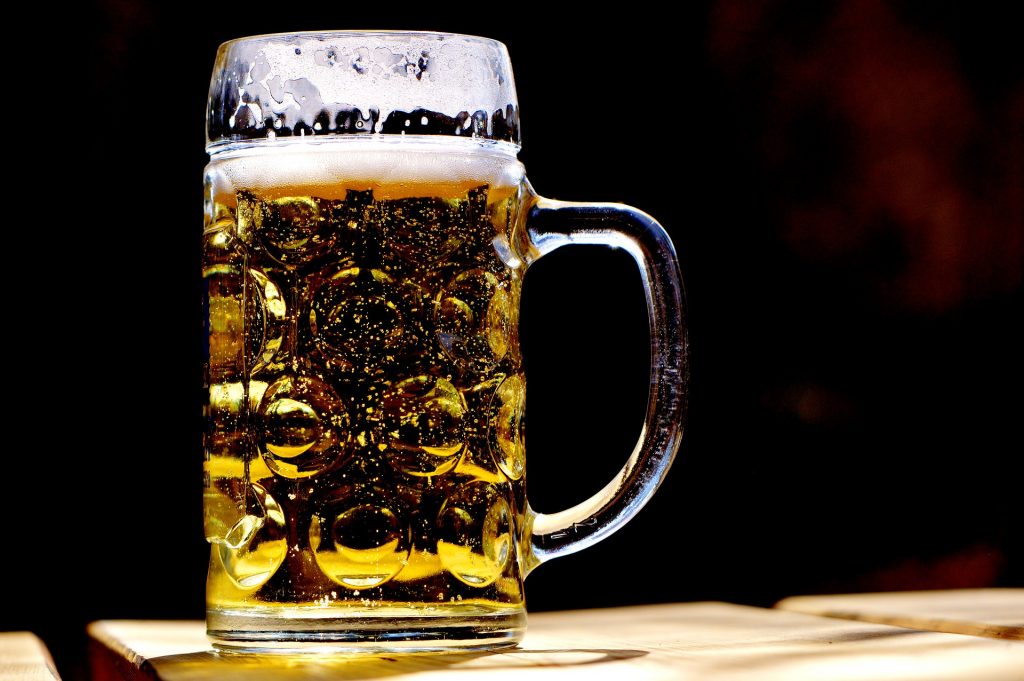 Beer is central to British popular culture. Which is a shame, says Luke Haines, because at least one major beer appreciation society has managed to reproduce all the racism and sexism that are the worst aspects of the UK.

One of the interesting parallels between England and America is that both countries have a North/South divide, but the direction of the stereotypes is reversed.

In England, the North is economically disadvantaged, largely rural, and its people portrayed as insular and backward. Northerners, by contrast, view people from the South as being soft, elitist snobs with poor manners.

The English civil war was fought along political lines rather than geographic, but a thousand years ago William the Conqueror decided to crush potential rebellions from Northern, Viking-descended upstarts and conducted “the harrying of the North,” a campaign of terror and starvation against the northern counties that set the tone for the next millenia.

The fact that Northerners are still bitter about this shows how long they hold a grudge for. The miserable, inbred fuckers.

There are many cultural differences between the North and South, but beer has long been a point of contention. For the last thirty years or so, southerners have generally preferred lager (fizzy, yellow beer in the Budweiser style.) Northerners remained loyal to tepid, brown ales of the kind the UK used to be infamous for.

This led to the foundation of CAMRA, the CAMpaign for Real Ales. Everyone made fun of these fruitcakes for years, who published guidebooks to various pubs that knew how to keep ale without it going rancid. I’m not kidding. I ran British bars and pubs for a decade, and Real Ales keep about as well as a carton of milk. A nine gallon carton of milk which you have to deadlift into a rack, leave for 24 hours and then open with a hammer and a series of wooden stakes.[1]

In recent years, craft ale has become popular and members of CAMRA have gone from weird social pariahs to weird social pariahs who get to be smug about their beer knowledge. It’s led to people, for the first time in history, paying some attention to what CAMRA has to say. And it turns out that what they have to say is startlingly offensive.

A crossword published in the recent issue of The Derby Drinker (CAMRA’s magazine for the people of Derby) had the following clues:

7 Down: U.S. negro could become an operational doctor. (7 letters)

The “negro” thing baffles me in all kinds of ways. Every time I try to solve it I feel uncomfortable because my brain starts running together racial epithets and medical terminology in a long stream, like Hulk Hogan listing his ring injuries.

All of my kidding aside, this crossword has done nobody any favours. It’s offensive to black people and gay men, but it also enforced the stereotype that ale drinkers are socially inept weirdos and that people in the North are dumb racists.

Sure, I once stood on a bus stop in the North of England and struck up a conversation with an elderly couple who – within ten minutes – were complaining that “you can’t call them [n-word] anymore!”, but part of being liberal is believing in people’s better nature. I refuse to believe everyone in the North of England is a racist homophobe for the same reason I don’t believe “all Mexicans are rapists.” Because I’m not idiot and I understand nuance. Also because I’m aware of the wider world and that people are a panoply of different personalities and traits and views. Sure, that means there are some shitty people out there, but to stereotype people on race or sexuality is cheap and lazy and gross.

CAMRA would do well to remember that.

[1] Again, not kidding about this. Fun fact: the word “lager” comes from the German word for “storage” because it keeps fresh way longer than ales.