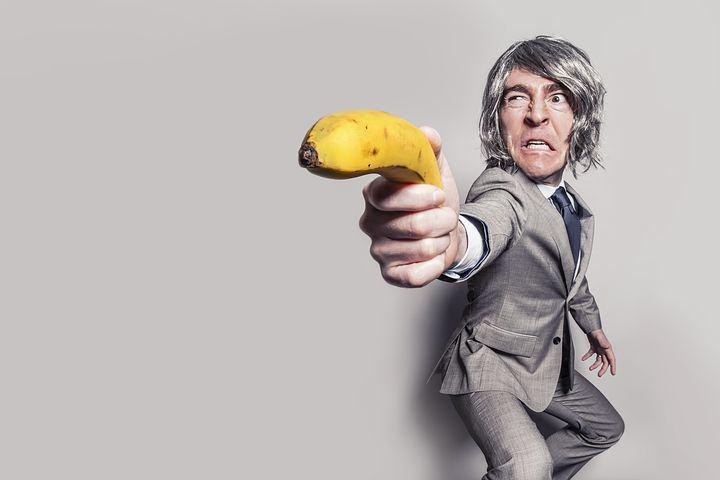 As the NRA is fond of reminding us, the only thing that stops a bad guy with a gun is, somehow, a school teacher with a gun.

Not any old school teacher, of course. THAT would just be madness. Only specially trained teachers who were already combat hardened gunslingers.

You can tell this was a stupid plan because Donald Trump endorsed it, saying that teachers who were firearms proficient should be allowed to pack heat. In Trump’s mind, every teacher presumably looks like Clint Eastwood, giving students questions about whether he’d fired six shots or only five and, for extra credit, asking if they felt lucky.

Those of us who have a passing acquaintance with reality thought that arming teachers was a dumb idea that was bound to lead to students getting injured sooner or later. As it turns out, it was “sooner,” as a high school teacher in California has reportedly had an accident and fired a loaded gun into the ceiling, causing one student to be slightly grazed by debris.

If you’re keeping score of how long it took for a student to be hurt once America started arming teachers, the official time period was “Well, shit, before we’d even officially started…”

As a bonus, the teacher in question, Mr. Dennis Alexander, was a reserve police officer – the exact kind of person who SHOULD be proficient enough to handle a gun safely. If this sort of accident can happen to him, what chance does anyone else have of, y’know, not shooting a child?! The school has reportedly launched an investigation into what the ever loving fuck Mr. Alexander thought he was doing waving a gun at the ceiling in the first place.

This whole thing happened, it should be stressed, under perfectly safe conditions. It wasn’t in the middle of a firefight and there was no danger or raised adrenaline level of any kind. Think what that means for potential errors by armed teachers during a real “maniac on the loose” scenario.

It shouldn’t need to be said at all, but like a lot if things during the interesting time we are cursed to live in, this apparently needs repeating: Arming teachers is a dumb idea.

At least Mr. Alexander has successfully taught us THAT important lesson.