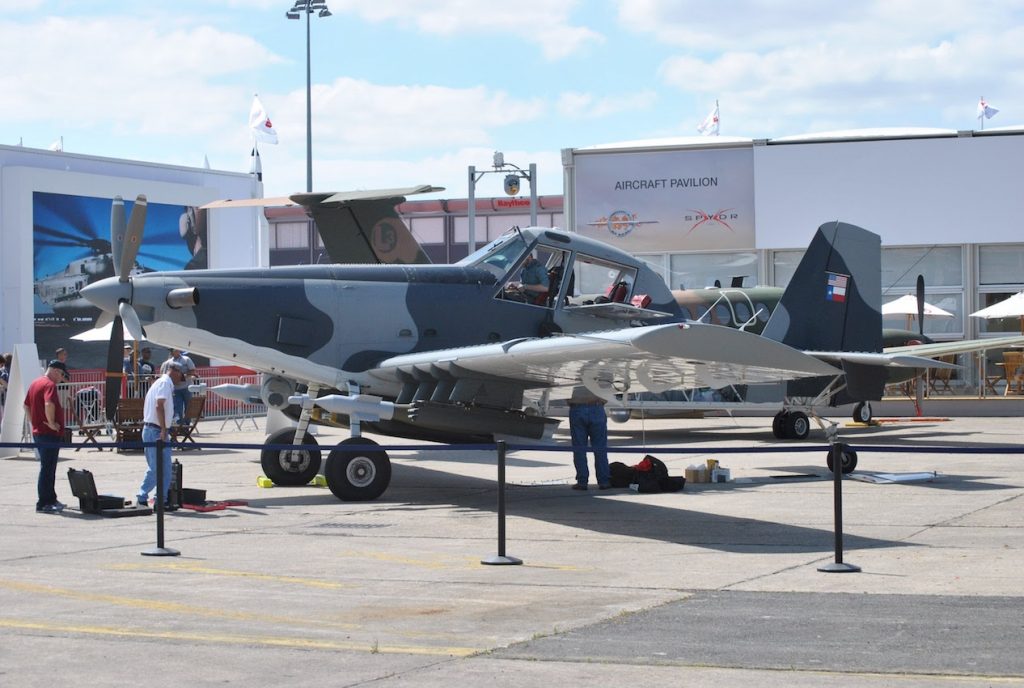 So, word of warning: I am going to talk about something of which I know almost nothing. I am not a military man. I’ve never been in combat (I’ve been shot at, but not while in the service of my country). I am not a pilot. So you’re dealing here with only the vague musings of an outsider.

But, the question is, should the United States invest in more expensive, high-tech, super-planes designed to do battle with equally high-tech super-planes from China and Russia…or, should we invest in lower priced, light-attack aircraft designed to hit irregular forces on the ground? Particularly since, at least in the short run, low-intensity conflicts in places like Syria are more likely to happen than World War III?

The question has been fought on and off for decades, and one of the most viturprative turf battles going on right now in the Pentagon is over the A 10 “warthog,” the famous “low and slow” ground support aircraft that was originally designed to take-out Soviet tanks with its massive 30mm gun, but which has had a long and distinguished career blowing up targets in Iraq, Afghanistan, and elsewhere. The Air Force hates the thing, and would love to see it go away in favor of newer, classier, and much cooler fighter planes meant for jousting with the enemy in the air. The problem is that the Army loves the warthog, which has saved the lives of a good many soldiers in a good many places.

I have followed the debate for years, and what brought it back to mind for me most recently was an article in Defense News, US special ops command at odds with Air Force over need for light-attack aircraft, by Jen Judson and Valerie Insinna. To explain the article, I have to mention that the A-10 is an expensive brute to fly. It was, after all, developed to destroy high-value targets — tanks, armored vehicles, missile launchers, etc. The reality is that in today’s low-intensity conflicts, you’re probably gunning for lightly armored trucks or even infantry. The use of a multi-million dollar aircraft on a few second hand pick-ups isn’t exactly cost effective. Also, the A-10 is getting a bit long in the tooth, and commanders have sometimes lobbied for something else.

One of the options for an A-10 replacement, at least in “asymmetrical warfare” with non-state actors, like ISIS, is modified light-aircraft, mostly propeller driven, and designed for rough duty in the field. Among the contenders for such a role are the Embraer EMB 314 Super Tucano, a Brazilian light turboprop which can be militarized in a hurry, and, my personal favorite, the Air Tractor AT-80 from Air Tractor Inc. I say it is my fav because it is so marvelously unlikely, and yet so obviously fitted for the role. The AT-80 is a crop duster that was designed to be easy to fly, and yet it is amazingly survivable. Given weaponry, it becomes a formidable light-attack aircraft.

And, of course, there are other aircraft and other companies vying for the role. But whoever gets the nod, the U.S. Special Operations Command is eager to have such aircraft at hand.

But, there’s always a problem to the solution. Once again, according to Judson and Insinna, the Air Force is no way eager to see its resources spent on such planes. So, the Air Force generals are fighting tooth and nail against them. And, again, what they want instead is much more sophisticated fighter aircraft meant to go toe to toe with the emerging class of high-tech fifth- and sixth generation manned fighters coming off the assembly lines and design shops of China and Russia, and potentially Iran.

The reality is that both sides have a good point. On one hand, the U.S. really does need light-attack, close-support aircraft in a lot of places around the world. And, frankly, we are far more likely to fight such wars than any other sort, at least for the foreseeable future. We are going to be in combat with ISIS and things like it for a long time to come.

On the other hand, China and Russia really are investing billions in their fighter programs, and if there ever is a World War III, we’re going to be coming up against those aircraft. And a modified crop duster, no matter how well-piloted or cleverly equipped, is going to be able to stand against a supersonic super-plane,

So, what do we do? Fortunately, as I say, I’m just a layman, a civilian, and an ignoramus at the best of times, so I don’t have to provide an answer. But I do feel justified in drawing attention to this debate. As a nation, we need to start talking about who we will have to defend ourselves from in future, and how we are going to do it.

Oh, what’s that you say? You want to know my own opinion? Even though I openly admit that it is probably worthless?

I wonder if, just maybe…

We ought to focus instead, in the short run, on the light-attack aircraft the U.S. Special Operations Command wants, and then, in the long-run…we ought to look instead at producing thousands of relatively inexpensive but relatively effective unmanned combat aircraft (UCAVs)…knowing that if they ever did have to match China’s or Russia’s sixth generation fighters, that 90% of them would be blasted out of the air…

But that the 10% remaining would still outnumber the enemy’s fantastically expensive Sixth Generation Fighters three to one.

And could still win…at a quarter or a tenth of the price.