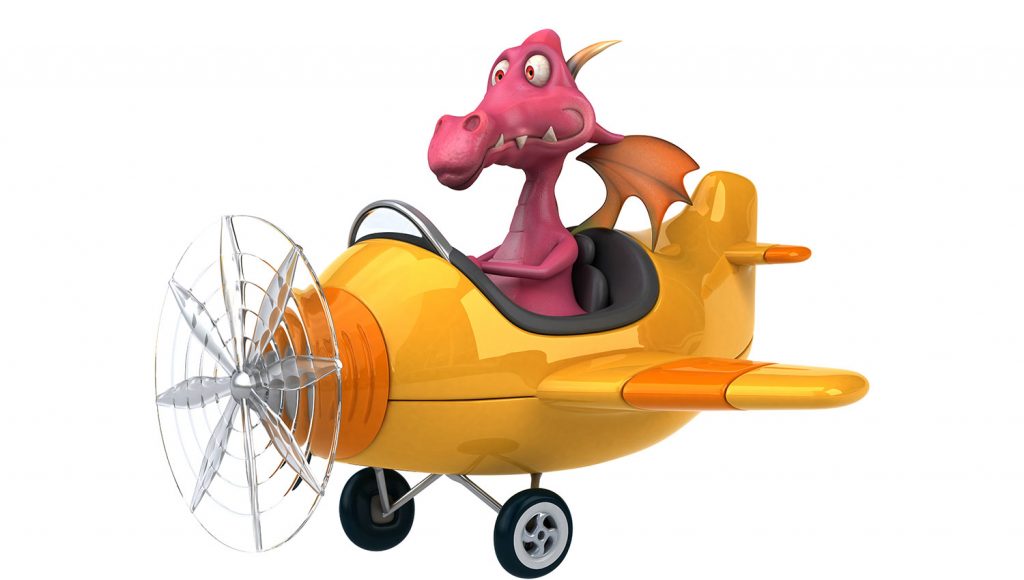 Editor’s Note: In this, the final episode of Luke Haines’ comic series, the women of Laketown decide they’ve had just about enough, thank you very much.

“Jeeeeeeeeesus,” I winced as I sat up. At least I appeared to be in a tent this time. There’s no party like an after-battle party, especially a multi-species after-battle party. There had been singing and wrestling, dancing and drinking, and at one point a kareoke tent where I had a vague memory of doing a few Elvish numbers. Dwarven mead is something best left un-mixed with human ale and whatever the hell the Elves were smoking.

“Hell of a night,” said Bjorn the Bear. I whirled around and stared at him in shock. We were in the same bed.

He chuckled. “Do I shit in the woods?!” he asked, before patting me on the shoulder and leaving. I very slowly got dressed, and decided to mention this to nobody ever again. In fact, my best course of action was probably the standard course of action for me: Get the hell out of town before anything I’d done caught up with me. I was all set to put this plan into action when I remembered something and my shoulders sagged. I was expected to be at the peace talks. That meant I wasn’t going anywhere just yet.

Reluctantly, I made my way through camp. There was a spirit of optimism in the air as revellers from the night before played football with orc heads or swayed from their tents in search of breakfast. The “I didn’t survive” t-shirt guy was doing a brisk trade for people who thought it was fun to dress up the orc cadavers, so maybe he’d known what he was doing after all. The sun was up, and although the battlefield would begin to smell pretty terrible by lunch, there was the unmistakable sense that for the first time in a long time, this was an area which existed without threat of orc invasion OR attack by a giant fire breathing lizard.

“…so, in conclusion,” Corbyn droned, “I believe we should redistribute the wealth within the mountain.”

He sat down to a deafening lack of acknowledgement, broken only by the sound of people sniffing and stretching as they brought their minds back from wherever they had allowed them to wander. Keanu the Elf Lord spoke up. “Thank you, Corbyn the Beige,” he said.

I guessed it was as good a time as any to apologise. “Sorry I’m late,” I said. “Did I miss too much?”

“I could recap?” Corbyn offered. A chorus of “no!” came from the rest of the room.

“I caught the summation,” I offered, diplomatically. “You’re arguing for the redistribution of wealth.”

“Yes,” said Corbyn. “My record speaks for itself. Always have advocated sharing out wealth, going back hundreds of years.”

“The… The sharing. The redistribution of wealth. We all agree its a bad idea for a small group to hoard it, so how do we go about fixing the problem?”

“…Right, and what do you think we should do about it?” I pressed. “You’ve been in favour of changing this for centuries, surely you came up with some ideas on how to do it?”

“The idea,” Corbyn said, “is that we redistribute the wealth.” He lit his pipe in satisfaction. I stared at him.

“He really has been saying that for as long as anyone can remember,” beamed the Mayor of Laketown. “It’s amazing!”

“The problem is that we need to agree on who gets the biggest share,” said Grumpi.

“It really doesn’t feel like we’re going to make any progress on the issue,” said the Mayor.

“That’s because you’re all idiots,” said a high voice. We all looked up to see a shapely, female figure enter the tent.

“Gonorrhea!” I grinned in surprise.

“You have no idea how to think beyond your own selfish needs,” said another high voice, stepping in behind her.

“…Let alone any idea of how to share,” said a third woman.

“…Syphilis,” I nodded, politely.
“Who let these women into the tent?!” demanded Keanu. “We have never-”

“Shut up!” snapped Chlamydia. Keanu did, although even he seemed surprised about it.

“Men – or male creatures, at least – have been running things around here for centuries, and you know what? We all still live in hovels and wear burlap everywhere,” Chlamydia fumed. “You’re all so busy measuring dicks and jockeying for power that nothing ever improves, nothing ever gets done, and nothing ever changes. We’re sick of it. Even now, there’s a hundred foot dragon carcass sprawled over the town and nobody is doing anything about it because you’re all out here in a field playing war!”

“We had been meaning to do something about that,” mumbled the Mayor.

“Well, you DIDN’T!” Gonorrhea erupted. “You didn’t do anything because you’re all useless! You never achieve anything because it’s all about ego and we’re sick of it! The women of Laketown had a meeting while you were all up here fighting and drinking, and do you know what we decided?”

The assembled men shook their heads.

“Jews,” nodded Corbyn. We all looked sideways at him and pushed our chairs slightly further away.

“No!” shouted Syphilis. “The thing that’s ruining everyone’s lives isn’t a person, or a race, or even greed – although we know that’s caused enough problems, too. What’s keeping things so terrible is this endless notion of The Way Things Are. We keep repeating the mistakes of the past because that’s the way we’ve always done it. The Dwarves in the mountain hoard gold because That’s What Dwarves Do. We settle our disagreements with violence because That’s How Things Are Done. We keep doing he same things over and over and expecting different results, and that’s madness.”

“What are you proposing?” asked Grumpi.

“We’re not proposing anything. We’re taking control. From now on, the women of Laketown are running Laketown. We’ve sent word to the lady Wood Elves, Lord Keanu, and to the Dwarfettes, Lord Grumpi. We’re encouraging them to do the same.”

“But you don’t know how to run things!” Grumpi spluttered.

“Neither do you,” Chlamydia shrugged. “If things were going well, it wouldn’t be a problem, but given all the corruption and war and poverty, we decided that we couldn’t do any worse a job than men are currently doing. We might do just as badly, but at least we’ll do things in new ways and maybe fresh thinking will hit upon actual solutions. In the spirit of that, we’re going to have female Elves and Dwarves invited to council meetings so that we can hear from minority opinions, too.”

“None of this solves the problem of the mountain dwarves keeping all the gold for themselves,” Keanu said, skeptically. “That’s why we’re all here. What do you intend to do to solve that little conundrum?”

“Tax them. We’re planning to dam the river that flows into the mountain. That’s everyone’s water. If they want to use it, they can either come out of their bolt hole or they can pay us for access to it. We’re also going to survey the mountain to see if there are any secret tunnels they might be using to bring in food for themselves. If they are, we’ll block them up and charge them again to open them. If they want access to public land, they’ll have to pay through the nose for it. In fact, we’re also going to tax the Starbucks in Laketown, and anyone else who has more gold than they need will be required to submit some of it to the public purse for the upkeep of schools and hospitals and roads. No more mudd.”

“…This is actually sounding pretty sensible, guys,” I ventured.

“I was hoping you’d say that,” said Chlamydia. “So far you’ve been paid a small fortune for doing very little. You haven’t had to fight in the battle, you didn’t kill the dragon, and yet you’ve still come out of it all with a sack of gold and gemstones. It’s all well and good to support our ideas when you’re an outsider, when it’s not costing you anything, but if you actually want to help, you have to give up your safe position. You can’t just say the right things and keep hold of your easy life. So what do you say? Are you willing to abandon some of your privilege?”

The truth was, I rather liked my privilege. It hadn’t cost me much and I didn’t make egregious use of it, so I didn’t see why…

I DID see why I had to give it up.

I didn’t want to, but I’d never been much of a hero. And she was right. I probably wasn’t going to slay a dragon any time soon. But if I wasn’t going to do anything spectacular, I could at least do what was right. I reached into my pack and pulled out my sack of gold. I heaved it across the table to the three women.

“Build a hospital with that,” I said, and sat back.

Chlamydia opened the sack. “No,” she said. I sat up in my chair again, confused.

She reached into the back and took out about a quarter of my gold. Then she pushed the rest back to me.

“It’s not about altruism,” she explained. “This is going to be about everyone paying their fair share.”

I couldn’t argue with that.

Laketown did pretty well under female leadership, last I heard. They paved the streets and fixed their infrastructure, and when things were running a little more smoothly they started having elections. The council remained mostly female, because it turned out that their ideas had all worked pretty well. They even elected some Dwarf and Elf representatives.

The paved roads led all the way to the mountain, and Studly and Samey and the other dozen or so inhabitants got bored after they’d counted their gold for the fiftieth time and started to trade again. They were charged high prices in Laketown for the simple reason that they could afford them, and they were charged again for using the new road. It only helped the town grow.

The wizard Corbyn stood for election, too, and was roundly defeated. His supporters still claimed he was all-knowing and all-powerful, but everyone else had long since stopped believing it based on the evidence.

Me? I went home. Home with a sack of gold, which was nice, but still, I just went home. I’d had enough of adventure, and enough of writing parodies. I decided that from now on, I would never get myself into trouble again.

The only thing I had left to do was count my gold. It was mostly in coins, some in gemstones. There were also a few necklaces.